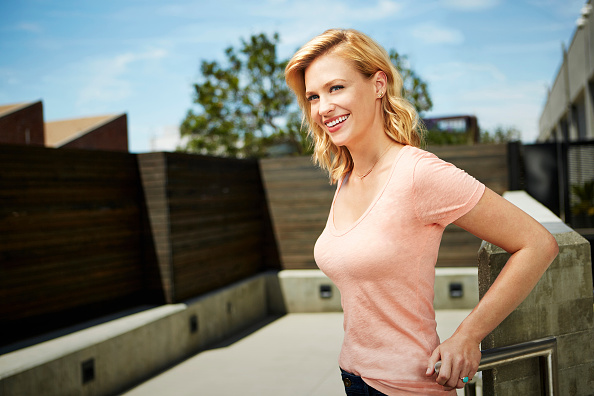 Yes, January Jones Did Date That Guy From ‘The Bachelor’

Remember that time Gwyneth wore the fuchsia, melted-metal-like breastplate? Yeah, you’re gonna’ forget she ever wore that and only remember Zendaya from now on. - (Lainey)

Celebitchy has a bonus Sussexit podcast (and comparisons of those Katie Holmes pictures are fantastic!) - (Celebitchy)

January Jones, who is promoting her Netflix series appeared on Dax Shepard’s podcast, where she confirmed the rumors that she dated (briefly) that villainous dude from ‘The Bachelor.’- (Just Jared)

#OscarsSoWhite started in 2016, but Eddie Murphy was talking about it back in the ’80s.

In light of today's #Oscar nominations (or lack therof) this clip from 1988 of Eddie Murphy seeeeriously calling out the Academy before he announces Best Picture is too good to not share.

"I'll probably never win an Oscar for saying this, but what the hey, I gotta say it." pic.twitter.com/IMAiCiHYTn

I often find myself thinking, “I wish this water tasted more like jelly beans.” No, wait, I’ve never thought that. But maybe other people have? - (Dlisted)

I’ve never wanted a baby, but dammit, now I want a baby so I can put taco booties on it! - (HB)

I bet Trump’s gonna’ wish he had just said he’d met Lev Parnas with Rudy a couple of times instead of shinin’ him on. - (The Root)

Gigi Hadid showed up for jury duty in NY and it turns out, she could be seated on Harvey Weinstein’s trial. I mean, she probably won’t be, but she could be. - (R29)

What do you remember about the September 11th attacks? In her first Cannonball Read review, esmemoria reviewed Garett M. Graff’s The Only Plane in the Sky. She found the meticulous oral history of the day a hard, but worthwhile read. "This book gives both the living and the dead a voice. The author never speaks over these stories." (CannonballRead 12)

I LOVE DEWI SO MUCH!

← Florence Pugh is Just as Mad as You Are About Greta Gerwig's Oscar Snub | Honestly, How Much Faith Do You Have in This Country Not to Be Sexist? →