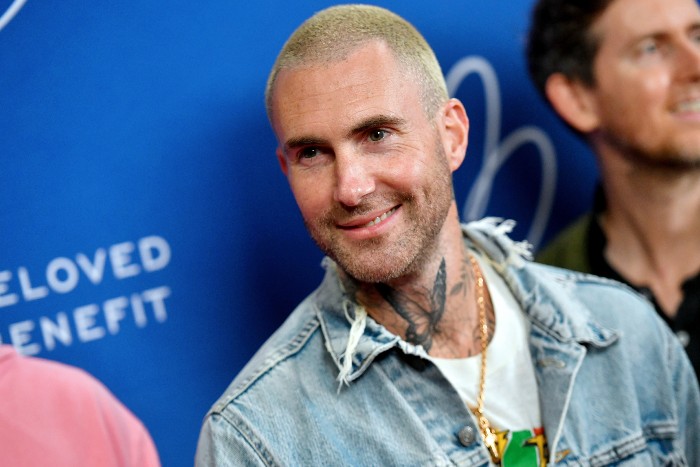 On the heels of Sumner Stroh claiming she had an affair with Adam Levine — which he denied, but did admit to messaging her — more women have come forward with messages from the Maroon 5 singer. Did I mention all of this started because Levine and wife Behati Prinsloo announced they’re having a third baby? Gonna be a fun time at the house. (TMZ)

Stephanie hopes Maren Morris shows up at the CMAs to deliver a clear message to the country music industry and transphobic Brittany Aldean. (Lainey Gossip)

Emmy winner and Abbott Elementary star Sheryl Lee Ralph has a lot of love for teachers because of her dad. (Celebitchy)

Here are a few Matt Berry pieces that I've made pic.twitter.com/KUOH2eobfc

Ted Lasso and AFC Richmond are now playable in FIFA 23, which is some damn good marketing. I’m not into sports game, but this might be enough for me to give it a whirl. Now, which button makes Roy call Jaime a “twat.” (Polygon)

Fantastic Four has found its writer. (The Wrap)

Emily Ratajkowski has some thoughts on Adam Levine. (Jezebel)

And Diana did it with no streams!!! Pure sales only era! https://t.co/4dYv79zUZX

Speaking of shitty husbands, Johnny Depp’s lawyer is now arguing that he was so drunk and/or high all the time that he couldn’t possibly have attacked Amber Heard. It went over real well. (Newsweek)

And for a palate cleanser, here’s Tom Hardy secretly dominating Brazilian Jiu-Jitsu tournaments across England and being an absolute gent about it. (Uproxx)

Ta-Nehisi Coates thinks that books confronting white supremacy are being challenged and banned now, because in the past those books were largely invisible to white audiences. Wicherwill approached Coates’ The Water Dancer with some trepidation, but "this book is very readable, for all that it’s about weighty topics and takes time to get through." (Cannonball Read 14)

The Tennessee Department of Revenue has some explaining to do on why they're making it easier for people to identify drivers based on religious beliefs pic.twitter.com/Xt2H4pQTPz