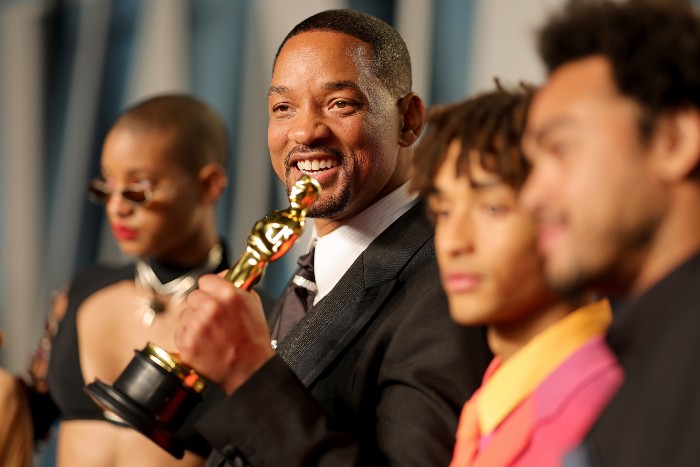 After several days of reports claiming that the Academy and ABC producers hesitated for too long on reaching a decision on whether or not to have Will Smith removed from the Oscars after he slapped Chris Rock, the Academy has now issued a statement clarifying that Smith was, in fact, asked to leave the event. However, he refused to go, and obviously, they let him get away with it because it’s almost like this whole thing has been in the celebrity entitlement lane the entire time. Who’d a thunk? (THR)

Michael B. Jordan directs an insanely ripped Jonathan Majors on the set of Creed 3. My dude Kang is swoll. (Lainey Gossip)

Variety pulled out the receipts on Kim Kardashian after she claimed she was taken out of context when she said nobody wants to work. (Dlisted)

The Cambridges’ Colonialist Tour flopped so hard, there might be an inquest. (Celebitchy)

From Dustin: Our friend and occasional contributor to the site Caspar Salmon has written a children’s book in the same vein as BJ Novak’s The Book with No Pictures, and if you have toddlers, you should definitely check it out. (Amazon)

From James: Happy birthday to John Astin, the original Gomez Addams and a fantastic Riddler. (Twitter)

Disney gave a statement that was shorter than most Notes-app apologies https://t.co/W8tQVDH6hB

Please do not ask Issa Rae if she’s pregnant. (The Cut)

Chris Hemsworth may or may not have his prosthetic penis from Vacation on display next to his Thor hammer. (Uproxx)

Ellesfena was so enchanted with Trung le Nguyen’s award-winning graphic novel The Magic Fish that she read it in one sitting. "It’s the story of a boy, Tiến, who’s been keeping a secret from his friends and family." What have you read lately that you couldn’t put down? (Cannonball Read 14)


← 'Bridgerton' Season 2 Review: A Glass of Champagne Gone Utterly Flat | After Ezra Miller's Arrest, The Matter Got Much Worse →