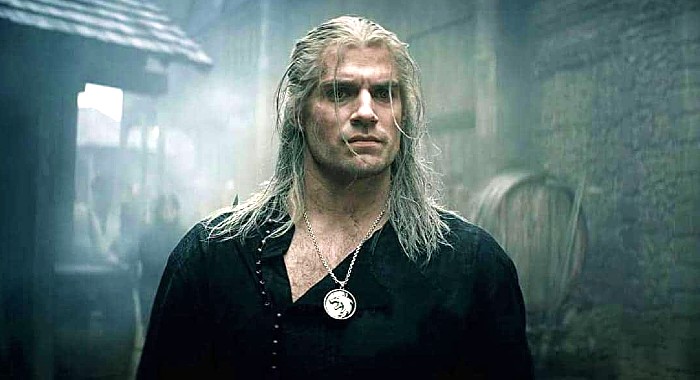 In a surprise move that literally nobody saw coming, Henry Cavill will not return for The Witcher after Season 3. Instead, he’ll be replaced by — hahaha — Liam Hemsworth. Yeah. Here’s my two cents, and like I say every time I cram words onto this site, I am a moron, so have those grains of salt ready. There is no way Cavill bailed on leading one of Netflix’s flagship series just to be Superman again. Even if the rumors are true about Man of Steel 2, it is still years off. That said, there have been rumblings about Cavill maybe taking another role with the competition. I don’t want to jinx it because I honestly think it’ll be brilliant casting, but we may know very soon. All of that said, he also could’ve finally got around to reading the rest of The Witcher books and realized, “Jesus Christ, these are terrible. I gotta get outta here.” Definitely a possibility. (THR)

Music legend Chaka Khan takes a new generation of artists to task over their use of Auto-Tune. (Lainey Gossip)

Even Goodwill is telling Kanye to keep his money. (Dlisted)

Matthew McFayden will never do a superhero movie, and he’s also not a fan of Jeremy Strong’s method acting. (Celebitchy)

Kayleigh was a guest on “The Way They Were,” a podcast all about famous celebrity breakups, to talk about Frank Sinatra and Mia Farrow! (Apple)

If you’ve seen this article bouncing around all weekend, it is well worth the quick read: Welcome to hell, Elon. (The Verge)

Is Chidi the MCU’s Reed Richards instead of John Krasinski? God, I hope. (Gizmodo)

Remember a while back when I posted about the Bayonetta voice actress getting screwed over? That whole situation milkshake ducked. Milkshake ducked real bad. (Kotaku)

Vision is getting his own Disney+ series. Cue up the Vishawn memes! (Variety)

Classic thought Desperation in Death was a very good installment in J.D. Robb’s long-running series, but felt like she needed to include information about human trafficking to counter an unrealistic portrayal. "It’s just outrageous and spreading that type of stuff around just allows too many people to have blinders on with regards to real sex-trafficked girls and women." What issues do you wish weren’t portrayed badly in pop culture? (Cannonball Read 14)

Mike Note: As you can see, tweets are not included in today’s roundup for very obvious reasons. I don’t want to make it a whole thing, which is why I want to specifically make it a point to say it’s totally cool to share tweets in the comments. If you see something neat, adorable, funny, or politically infuriating, by all means, share with the rest of the class. And rest of the class, please, do not scold people for sharing tweets. We’re in uncharted waters here, and as always, there’s no ethical consumption under capitalism. (Look at me, I’m Petr!)