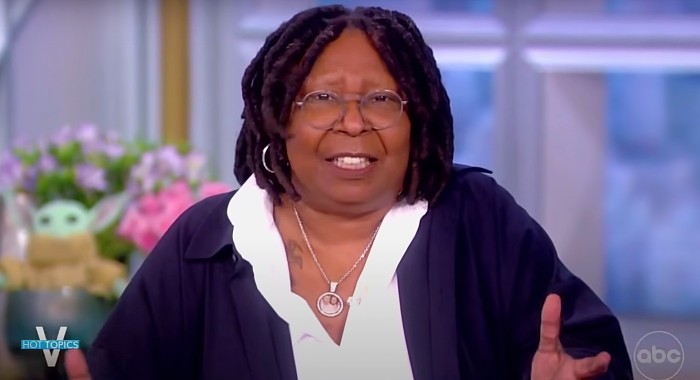 Update: Whoopi Goldberg Reportedly Might Get Fired From ‘The View’ Over Holocaust Remarks

Despite Meghan McCain firing off four years worth of racist remarks and straight-up dabbling in vaccine misinformation at the end, there are rumors that ABC brass is not thrilled with Whoopi Goldberg’s Holocaust controversy and could fire her from The View. Would I take this report with a grain of salt? Yes. Would I also keep in mind that this is a network stupid enough to hire MY FATHER™ and keep her around for far too long? Also yes. (Page Six)

Robert Pattinson and Suki Waterhouse’s love is still intact as we get closer to his highly anticipated debut as The Batman. (Lainey Gossip)

Nelly caught heat for saying Madonna should cover up. (Dlisted)

SPECIAL REPORT: Hundreds of books have been pulled from Texas libraries for review, sometimes over the objections of school librarians, several of whom told @NBCNews they face mounting pressure to pre-emptively pull books that might draw complaints. https://t.co/GL1A164QtU

From Tori: Ronny Chieng sorta kills Simu Liu to save NYC institution Congee Village, and honestly, more Marvel heroes could be sacrificed for the cause. (YouTube)

Kristen Bell is sorry for that surprise sex scene in The Woman in the House Across the Street From the Girl in the Window. (Cosmo)

If anyone has any further unsolicited comments about *anybody* else’s body, they can feel free to write them in permanent ink onto their own foreheads and swan dive directly into the sun https://t.co/5UyaHmR4JS

Why have fans turned on Euphoria? (Daily Beast)

This shit is wild, and apparently, a thing that’s happening in our new Zoom world: “The new hire who showed up is not the same person we interviewed.” (Ask a Manager)

And Just Like That… we’re being threatened with a Season 2. (The Cut)

Is Viacom still feeling like idiots for selling the Yellowstone streaming rights to Peacock instead of holding to it for Paramount+? Yup. Yup, they are. (Deadline)

It’s Black History Month! Storiaallineare kicks off her quest to regain her love of reading with The Beautiful Things That Heaven Bears by Ethiopian American author, Dinaw Mengestu. "Mengestu’s novel feels deeply invested in quietly, powerfully challenging what we demand of immigrant narratives, and in slowly revealing the kinds of structural barriers that cannot be surmounted by…a full-scale commitment to American capitalism." What books about the African diaspora experience do you recommend?
(Cannonball Read 14)


← 5 Shows After Dark: 'The Resident' Fifth Season Winter Premiere, 'This Is Us' on NBC | Bill Belichick Texted the Wrong Coach; Now Brian Flores Is Suing the NFL for Racial Discrimination →