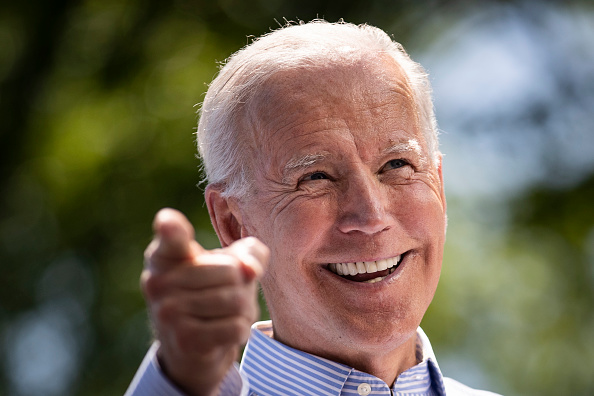 Chance the Rapper is taking paternity leave for his second child and he explains why, and why he should have for his first daughter. More fathers should take paternity leave. (Yes, everyone should get parental leave, that’s a given, don’t @ me.) - (Lainey)

“Midvale Graduate” has been my shorthand way of referring to myself doing something idiotic for at least 25 years now. The news that Gary Larson may be coming back with NEW The Far Side comics has me positively giddy! - (AVC)

If you didn’t attend Midvale School for the Gifted perhaps you can matriculate at North Farmington High School. They seem fun, I mean, you know, for a high school. - (Dlisted)

I’ve watched this three times and I laughed until I was crying the second and third time. I don’t even know why it’s so funny to me, it just is!

For the past year, I’ve been filming myself scaring my best friend @NickStopTalking

Today is Nick’s birthday and I’ve put all the clips together! pic.twitter.com/kfXxl0ntuo

I admit to being kind of a coffee snob, in that I don’t like flavored coffees or creamers, but this? This is just an abomination. WHY? Like, who was asking for this crossover? - (IB)

Some things don’t need to be fixed. Some things are perfect the way they are. SOME things people shouldn’t have bangs! - (Vulture)

Bernie Sanders asked “What’s the most absurd medical bill you have ever received?” and Dr. Jen Gunter responded with a hell of a heartless invoice she received. - (Scary Mommy)

Reese Witherspoon pulls over whenever she sees someone walking a cute bulldog and now I wonder why *I* don’t do that? - (Celebitchy)

Dear god, now I want so badly to get fired from somewhere! (Not from here, though, DUSTIN!)

A New Zealand man brought an emotional support clown to a meeting where he knew he’d be fired. The clown blew up balloons and folded them into a series of animals throughout the meeting, then mimed crying when the man was handed a pink slip. https://t.co/a6bbL27ee9

Raise your hand if you truly believed the Sackler family wasn’t going to still wind up with billions after their OxyContin suit? - (Jezebel)

This bizarre Joe Biden anecdote from 2017 about a “bad dude” who went by the name of Corn Pop has resurfaced, and it’s just weird as hell. I mean: I don’t doubt its veracity (he told the story in a 2007 book, and there is ample evidence that “Corn Pop” existed), but why did Joe Biden feel compelled to tell this story?

This is BIZARRE!
Here's Joe Biden telling the story of his face-off with a gang of razor-wielding ne'er-do-wells led by a guy named 'Corn Pop.' pic.twitter.com/DddRtWgdza

Shmecky87 has given The Hatching by Ezekiel Boone "4 throbbing eggsacks out of 5." High praise, indeed. If you have issues with spiders, this might not be for you. "In my case, from the very first chapter, I was All. In. It was like a lower-brow version of World War Z." What creature should rule the world next? (Cannonball Read 11)

← 5 Shows After Dark: 'Young, Gifted, and Broke' on BET, 'Warigami' on The CW, 'The Roast of Alec Baldwin' on Comedy Central | Solid Gold Toilet Stolen From Blenheim Palace →