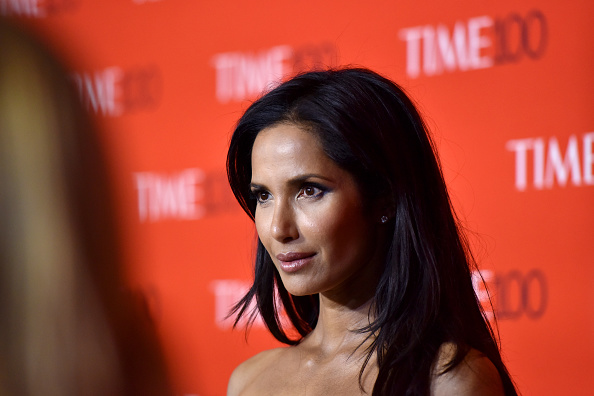 Mulaney Is a TikTok Muse, Padma Idiotically Criticized for Not Wearing a Bra, and Big Props to Michael Che

This is a really fun way to kill 20 minutes. (Vulture)

Fashion designer Michael Costello, who converted his business to make masks, is calling out his celebrity clients for not responding to his requests for help. “Xoxoxo petty bitch” is the perfect sign-off, yes? (Dlisted)

May I interest you in a bit of Mark Ruffalo? (Variety)

AOC Is The First Member Of Congress To Address The Sexual Assault Allegations Against Joe Biden. (Refinery29)

We have given a lot of hell to Michael Che over the years, but he lost his grandmother to the virus last week, and this week, Mr. Che has graciously paid the rent for 160 low-income tenants in his late grandmother’s apartment complex. That’s a hell of a mitzvah, Che.

A popular YouTube prankster was arrested for allegedly attacking a woman who was out for a jog. Christ. I don’t even know where to start with this. How about here: how is pranking still a thing? (Buzzfeed)

Padma Lakshmi was criticized for going braless in her own Instagram video and I WILL NOT STAND FOR THIS. (Celebitchy)

Here’s the kind of gossip I appreciate (even if it is *checks notes* over 50 years old): Jackie Kennedy Fired Her Chef For Sharing Recipes With Weight Watchers. (T&C)

Should we just open the borders? (Yes. Yes, we should.) (Current Affairs)

We’ve shared this before, but it’s worth sharing again in case you missed it: That Discomfort You’re Feeling Is Grief. (HBR)

The Naval Academy’s War With a Professor Who Sends Shirtless Pics, Offends Women and Minorities—and Somehow Came Out on Top. (Washingtonian)

Vel veeter recommends Sue Townsend’s The Secret Diary of Adrian Mole Aged 13 ¾ as both a fun read and a snapshot of British life under Margaret Thatcher. "Adrian Mole is deeply vulnerable and a real twerp in equal measures." Who are some great teenage characters? (Cannonball Read 12)

A preview of #BestNYAccent Finals 2021.

← Jeff Lowe Of 'Tiger King' Decided To Do A Reddit AMA And It Turned Into A Roast | Chris Cuomo's Wife Tests Positive, But Celebrities Have Otherwise Flattened the Curve →