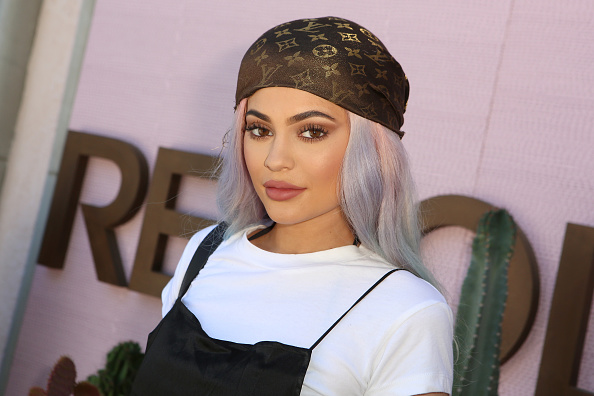 We Ain't Mad at Kylie Jenner

Damn you, Quibi! So far, I haven’t been interested in anything I’ve seen about the new startup, but this Nicole Richie series got me. I adored her as Portia on Great News and this clip of Nikki Fresh is reminding me of how funny she can be. - (Lainey)

If you’re not yet familiar with Captain Crozier, formerly of the USS Roosevelt, you should familiarize yourself with him. He was just removed from duty for 100% doing the right thing, which is something that’s now punished under this administration. - (The Root)

The makers of Corona beer are shutting down production. But it’s not why you think. - (Dlisted)

I know we’re not fans of the Karjennerashians around here, for the most part, but I really do think it’s great that Kylie Jenner has been a good ambassador (? Sure, ambassador, why not?) for staying the fuck at home and getting that message out to her millions of young fans. Additionally, she removed her hair extensions and acrylic nails while in quarantine and that kind of gives “the youths” permission to do the same. I’m not saying I want to be best friends with KyJ, I’m just saying RIGHT NOW, I’m not mad at her. - (Celebitchy)

If you’re quarantined in South Korea, the government will send you a care package of necessary items. It’s really quite impressive. - (BP)

Craig Alan Wilkins is the actual writer of this screed, not Tommy Lee, but the sentiment is still a damn fine one!

In an effort to keep people home, HBO is opening up a portion of their library to non-subscribers for free. - (SM)

Do you love Cards Against Humanity? Do you wish you could play it while you’re self-isolating at home but it’s not really appropriate not even remotely appropriate to play with your kids? Good news! The fine folks at CAH have made a family edition and you can download and print it for free! - (CAH) 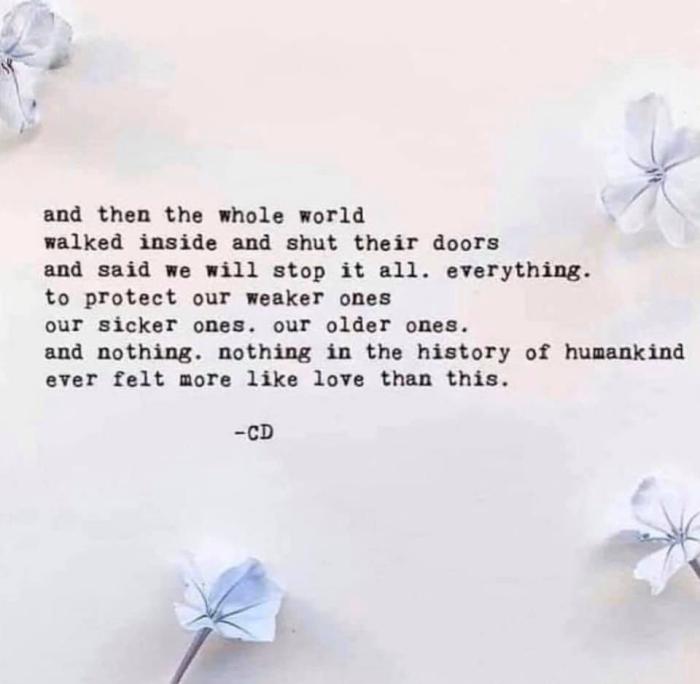 Vivien Leigh is one of my all-time favorite Old Hollywood actresses, and I think Nicole Kidman is wonderful, but Ryan Murphy’s involvement concerns me. He’s never one for subtlety. - (VF)

What happens when you’re stranded on a beautiful, luxurious island during a pandemic? - (NYT)

At least one tiger at the Bronx Zoo has tested positive for COVID-19 with three more tigers and three African lions displaying symptoms. A caretaker has COVID-19 also but is asymptomatic. - (Yahoo)

Here is a little schadenfreude to lift your spirits.

Jodi shared this in our Slack: “This stay at home stuff is bringing out everyone’s creativity, as seen by this family recreating the Indiana Jones ride from Disney in their own home.” - (Reddit)

Crystalclear gave Bothari43 Gideon the Ninth by Tamsyn Muir as part of last year’s Cannonball Read Book Exchange. Bothari43 had been interested in reading it, but the so-so reviews were concerning. She loved it. "So it’s definitely a whole different world, but Gideon talks like a mallrat a lot of the time. It’s a little jarring at first, like the anachronistic music in A Knight’s Tale." What’s your favorite book gift? (Cannonball Read 12)