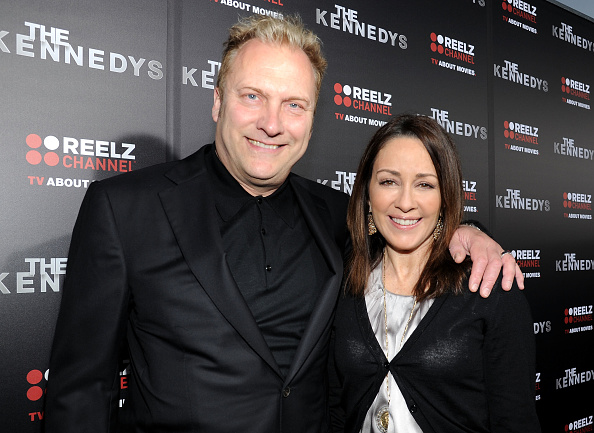 Oh boy. The next Real Housewives franchise location has been announced and it’s Salt Lake City, Utah. Now, I do not watch these shows but I am very familiar with the Utah blogger and influencer scene, so this could be interesting. (Page Six)

Do you remember Taco Bell Lunchables? They were my favorite. I liked the pizza ones too. I wish Kraft still made them. I know that food is garbage, but man, do I miss it sometimes. (Dlisted)

CBS doesn’t appear to have cleaned things up properly yet after the ouster of Charlie Rose and Les Moonves. Now, two writers on Patricia Heaton’s sitcom, Carol’s Second Act, have quit after leveling sexual assault allegations against David Hunt, Patricia Heaton’s husband, who is a producer on the sitcom. (NYTimes)

Mary Steenburgen remains the best - rad backstory to an amazing song from a movie that more people should watch. (IndieWire)

I really love audiobooks, so what goes into recording them was interesting for me to read about: “It’s a knack,” she [Finty Williams] says. “It’s a knack that my mother doesn’t have.” If her eyes contain a flicker of irony as she says this, it’s because her mother is Dame Judi Dench. “The only audiobook she ever did she had to leave after the first day, because she couldn’t string two sentences together,” says Williams. “It’s about the only thing she can’t do.” Awww. (The Guardian)

Sarah Michelle Gellar might be coming to a TV near you. (Lainey Gossip)

If you’re having trouble keeping all of the players straight, here’s an easy guide to how some of those involved in the impeachment hearings connect to Trump. (Reddit)

There are two things I nearly always do when I travel: visit the local library and check out the grocery stores, so this article feels very on-brand for me: The Best Way to Tour a City Is Through Its Grocery Store. (New Yorker)

Google techniques of bullying startups allowed them to remain dominant in supposedly disruptive industries. (Isn’t this basically what Microsoft did with IE?) (Medium)

Tardigrade DNA Added to Human Cells Could Help Us Survive on Mars, Scientist Says. You know what? Maybe let’s not. (Live Science)

Our beloved Steven Wilson was quoted in the Washington Post because that’s just the kind of shop we run here at Pajiba. (Congrats, Doc!) (WaPo)

Celine Dion’s chic bob is really making me consider chopping off all my hairs. (GFY)

The Final Writing Credits For Star Wars: The Rise of Skywalker Include a Couple Interesting Names. (io9)

Why did Blake Lively delete everything on her Instagram? (Buzzfeed)

Esi Edugyan’s Washington Black has been on dAvid’s wishlist since it was long-listed for the 2018 Man Booker Prize. The first half of the book was fantastic, but he found the second half disappointing. Even, so he’s glad he read it. "If nothing else, this book contributed to my evolving positive views on Frankenstein, which I’m appreciating more and more in the weeks since reading it." Have you ever read Frankenstein? What’s your take on it? (Cannonball Read 11)