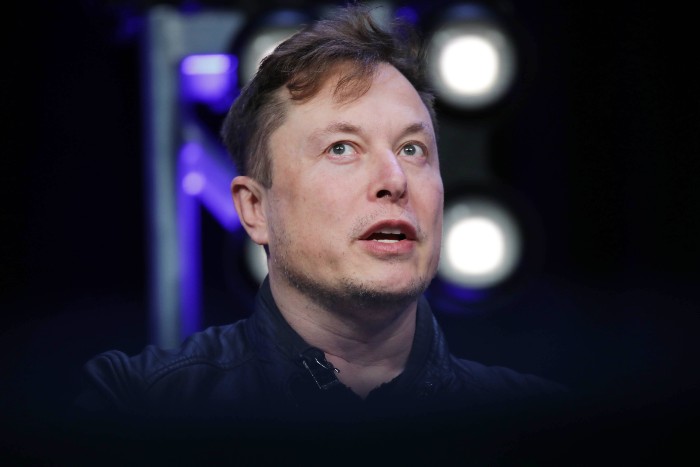 Following Elon Musk’s decision to not join the Board of Directors at Twitter, there was immediately talk of a pending legal battle, and surprise, it’s already here. Shareholders for the social media company have filed a suit against Musk alleging securities fraud for his suspiciously late disclosure to the SEC that netted him $143 million at their expense. This should be fun. (NPR)

Rihanna, as candid as we’ve ever seen her, in Vogue. (Lainey Gossip)

Kris Jenner is apparently pressuring Kendall to have a baby even though she has to have at least 10 grandkids by now. (Dlisted)

Madison Cawthorn bails on congressional debate as GOP officials turn on him https://t.co/HW7P6lFKd5

After Saul Goodman made his debut in ‘Breaking Bad’, it became very apparent that he was more than just comic relief.

As ‘Better Call Saul’ enters its final season, Bob Odenkirk and the team explain how the character and show came to life.@AlanSiegelLA:https://t.co/qmnNWdhTZ1

is there a better depiction of right wing media personalities than this pic.twitter.com/j5vbYGHpvh

Whoever the next James Bond is they need to do three films - no more, no less - or everything’s ruined. pic.twitter.com/xXwTjBYskY

Tucker Carlson has confirmed he’s completely unvaxxed. I’m sure his co-workers are going to be thrilled to have shared a building with him. (Mediaite)

The Duffer Brothers confirm that, yes, the big bad for Stranger Things 4 is a classic Dungeons & Dragons villain. (io9)

Ardaigle found Colson Whitehead’s heist novel, Harlem Shuffle, a slow start but a very enjoyable read. "If you like family sagas and crime fiction, this book is a circular Venn diagram with you in the middle." Which books have hit your sweet spot recently? (Cannonball Read 14)