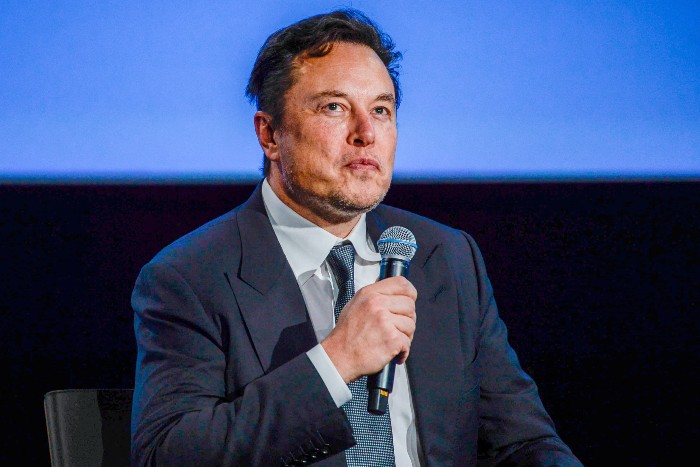 At the time of this writing, #RIPTwitter is trending thanks to reports of a “mass exodus” of employees opting to take severance packages instead of work under Elon Musk’s “extremely hardcore” conditions. Musk has tried to walk back his hardline stance on remote work and even gone so far to personally meet with engineers to convince them to stay, but the numbers of employees who are choosing to walk is reportedly around 75%. A massive site-wide crash is almost certainly imminent. Great job, genius. (CNN)

On that note, with my Twitter addiction about to be cured for me, I plan on leaving the world of micro-blogging behind and share my thoughts either on Pajiba or my new Substack newsletter that I only just opened up. It’ll be a minute. (Computer Johnson)

CNN would like its on-air talent to not be sloppy drunk on NYE. Good luck! (Dlisted)

From Kaleena: Video of when Jordan Peele told Brandon Perea he got the part in Nope, but only after a solid minute of Peele totally messing with his head of course. (TikTok)


Please give me 100 hours of John Slattery talking about what it was like to see people shit their pants whenever Jon Hamm and/or Christina Hendricks walked on set. (IndieWire)

Sony is bringing its weird live-action Spider-Man Universe, which doesn’t have Spider-Man, to Amazon and whatever the hell MGM+ is. (Gizmodo)

From Claude: An owl named Winky is breaking into and trashing fancy houses. (AV Club)

Apple is gonna go ahead and not make a Trump biopic series based on Maggie Haberman’s Confidence Man. Definitely for the best. (The Wrap)

With Twitter on the brink of collapsing, let’s all enjoy a look at Namor’s mammoth unit while we still can, courtesy of Petr. (Twitter)

Abi has been tearing through Katia Rose’s sapphic romances this year. The most recent, Girlfriend Material, continues the pattern of focusing on love interests with long-standing relationships. "Something about turning around and realizing that those close to you mean more to you than you realized…really speaks to me." Is there an author you’ve read frequently this year? (Cannonball Read 14)


← 5 Shows After Dark: '1899' Premiere Netflix, 'Fleishman is in Trouble' Premiere Hulu | By The Time You Read This Twitter Might Be Gone →