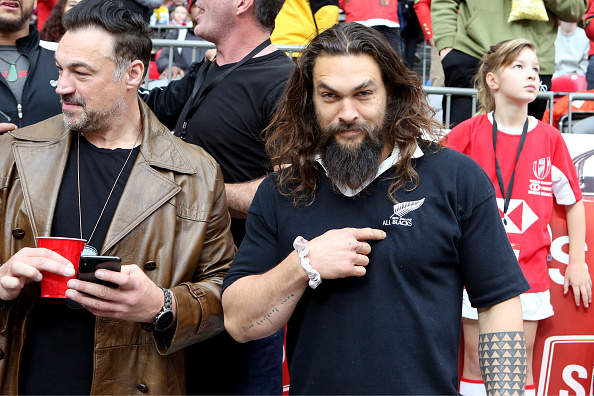 Remember when Republicans were supposed to be the party of fiscal conservatives? - (The Root)

Proud to rep America’s best team! Congrats @USWNT and thanks for being such a strong inspiration for women and girls—and everybody—all across the country. pic.twitter.com/9Gp6UTZhEE

Today in Twitter non-controversies, someone sort of suggested that Jason Momoa has a Dad bod based on beach photos, which led to a lot of people needlessly defending Jason Momoa. It’s dumb. But, you know: There are shirtless Momoa, so … (Twitter)

RiRi was on the cover of Harper’s Bazaar China. She was styled, edited, and photographed by a Chinese team. The layout was designed by a Chinese person. And yet, for some reason, Rihanna is getting called out for cultural appropriation. - (Dlisted)

WHY is the universe trying to make me give up ice cream? Nasty-ass damn people! - (Buzzfeed)

I’ve seen the “Bagel Boss” video on Twitter and I’m not embedding it here (you can find it pretty easily if you want to see it) for pretty much this exact reason:

in regards to this "bagel boss" thing: it seems like yall think shit is funny cause all i see is a white man on the verge of committing a mass shooting…

I think it’s amazing that the public has any trust at all in cops anymore and that’s sad, but damn, guys like this can’t be the only one and that’s terrifying. - (AP)

Yes, I totes have this tote problem too. - (NYT)

Duchess Meghan really messed up everyone’s lives in England AGAIN! This time? This time she BREATHED or something! I know! The nerve of her. - (Celebitchy)

Meghan and Archie joined Kate, George, Charlotte, and Louis at the charity polo match to watch William and Harry play. I’m sure tomorrow we’ll hear how Meghan somehow ruined that too, but for today, here are some cute pictures of everyone enjoying the day. - (Lainey)

I don’t remember being completely entranced by Ziad Nakad before. I am now. - (GFY)

Esme downloaded volume 1 of Harold Sakuishi’s Seven Shakespeares series on a whim. The manga series takes some liberties with history and adds in magic as it explores the life of Shakespeare from 1585-1592. "Candidly, it is challenging to see how Li, with her ‘gifts,’ and the Liverpudlian Cathayan community fit with Shakespeare’s journey to eternal fame, but the story and the graphics are so compelling, I just went with it." Do you have a favorite manga series? (Cannonball Read 11)