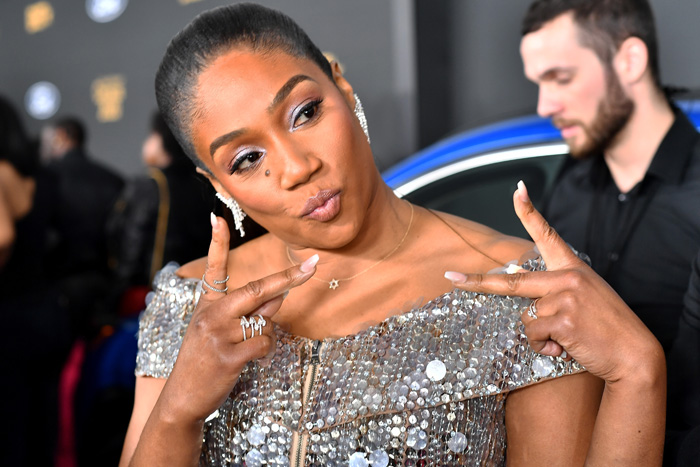 It sure looks like Tiffany Haddish is spreading COVID conspiracy theories and doxxing doctors who call her on it. Not good! (Dlisted)

Sarah’s take on the inevitable return of Chris Evans as Captain America is spot on. (Lainey Gossip)

James Murdoch is speaking out against the family business. (Celebitchy)

The military has a huge white supremacy problem that it really needs to get a hold of quickly before more people die. (The Root)

I dunno, Steven Martin, maybe now’s not a good time to joke about getting side effects from the COVID vaccine. Read the room, buddy. (Deadline)

It’s cool that Bill Maher dunked on Kellyanne Conway directly to her face, but it’d be even cooler to stop booking these assholes on shows from here on out. (Daily Beast)

I thoroughly enjoyed WandaVision, and against their better judgment, my day job let me write up one of my dumb theories on who Agnes’s husband might be and who could be playing him. (Uproxx)

It took a while for Vern to commit to reading Writers & Lovers by Lily King; but once she started, she devoured the book. "I feel like a hack even trying to describe the feelings it conjured in me." What book have you recommended that you couldn’t describe? Cannonball Read 13)