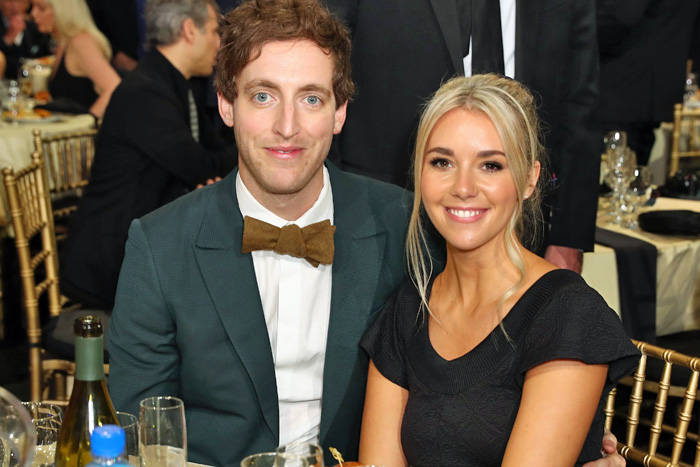 Thomas Middleditch Bragged About His Open Marriage and Now It's Over, Whoops

Someone thought it’d be a good idea to put Donald Trump on the phone with George Floyd’s family? Jesus Christ… (The Root)

Julia Roberts does the right thing and supports Black Lives Matter, which should go over real well with her aging white fanbase. (Lainey Gossip)

And then there’s Madonna doing whatever the hell this is. (Dlisted)

you guys dont worry! kim k will talk to trump and get this all sorted out asap!

So remember when Thomas Middleditch did that weird, awkward Playboy interview where he brags about telling his wife that he wants to be a swinger immmediately after they got married? That situation reached its inevitable conclusion. (Vulture)

Don Lemon tells Ellen to stop texting him about the protests and get her ass out there to do something. (Jezebel)

Meghan McCain makes one of her rare, salient points about how Trump is going to lose 2020 thanks to his administration referring to senior citizens as “human capitol stock.” (Raw Story)

"Destruction of property is not a valid form of protest"

Did you enjoy J.K. Simmons reprising his J. Jonah Jameson role in Spider-Man: Far From Home? Good, because he signed up for more. (Entertainment Weekly)

Some MAGA douche trolled Chrissy Teigen over donating money to bail out protestors, so she doubled her donation. Suck it. (The Daily Beast)

Kylie Jenner isn’t really a billionaire and it was all a ploy to over-inflate the value of her cosmetics line? I am shocked. (Forbes)

Elderberrywine calls Henri Bosco’s 1973 book, Malicroix, "gothic mysticism." She was entranced with the atmosphere of the book, she was surprised to find it’s set in a real place. "It is the Camargue region of France where the Rhone comes down from the Alps into the Mediterranean, and is still just as empty and wild today." What’s your favorite real place you discovered through a book? (Cannonball Read 12)