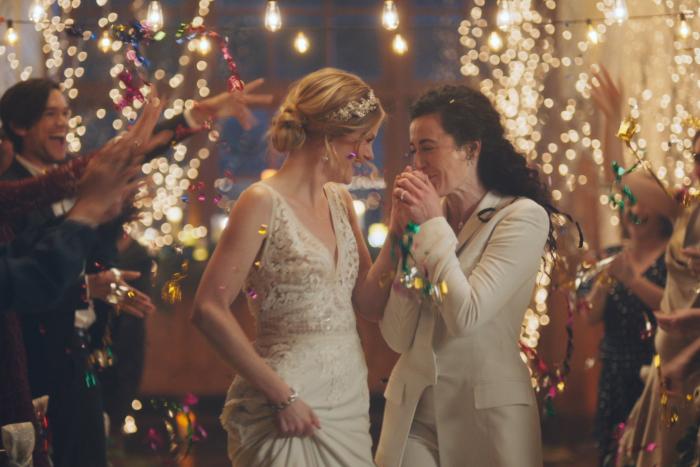 Poor Michelle Pfeifer is sick on an airplane, wiping her snotty nose with toilet paper, like a normie, jesusgod, how are people not racing to give her the shirt off their own backs to use as a handkerchief? I’m sorry the citizens of the world have failed you, Michelle Pfeiffer. I’m so sorry. - (Lainey)

I vaguely remembered that Huey Lewis retired from performing, but I didn’t know why. For a musician and singer, hell, for anyone, to suffer from Ménière’s disease, is very sad. - (Celebitchy)

Is there fuckery afoot at FremantleMedia and American Gods? Orlando Jones thinks so. - (The Root)

There was different fuckery afoot at the Hallmark Channel when they removed commercials featuring same-sex weddings after pressure from One Million Moms. Today, however, the Hallmark CEO has apologized to wedding planner website Zola and has reinstated the commercials. - (THR)

I don’t know how we missed this over the summer. Luckily Kate shared it in our Slack. Male superheroes were given a sexy, pin-up style makeover. Va va voom! - (Popsugar)

How has it taken Hot Pockets this long to come up with a dessert Hot Pocket? I mean, it seems obvious in hindsight.- (TIB)

These are the stupid kinds of things I like: 50 Fascinating Pics Of Rarely Seen Things. Before you say it, yeah, no, they’re not all fascinating, but some of them are pretty cool! - (BP)

Somebody turned Emily’s fanfic into a movie, and she blesses them for it.

I truly believe the best things in life are a result of being bold and being real. I’m proud to endorse Elizabeth Warren today, for being bold, for being real, for listening to ALL of us, and for being prepared to navigate the unique challenges we face today as a country @ewarren pic.twitter.com/9hX3gQYjvo

Are you a baseball fan, or do you need to find a gift for one? Jeverett15 recommends An October to Remember, 1968: The Tigers-Cardinals World Series as Told by the Men Who Played It by Brendan Donley. Jeverett16 was particularly impressed with the way Donely handled the exaggerations and blurring of 50-year-old memories. The World Series that year was memorable for a lot of reasons, not all having to do with baseball. "The Tigers players claim with some satisfaction that their remarkable success gave all of Detroit something to cheer about after race riots tore the city apart." (Cannonball Read 11)