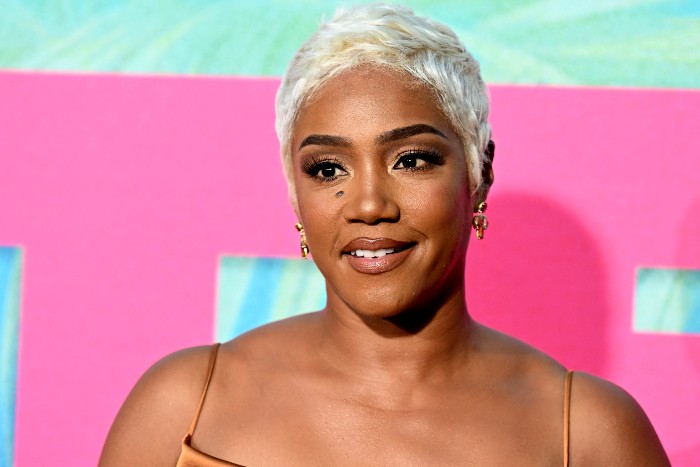 The Lawsuit Against Tiffany Haddish Has Been Dropped

Without getting into the very gross details, the lawsuit against Tiffany Haddish and Aries Spears has been dropped. In a statement, the Jane Doe who filed the siut said of Haddish, “we now know that she would never harm me or my brother or help anyone else do anything that could harm us.” Was it really true? Was it a shakedown? Was it both and successful at that? Guess we’ll never know. (THR)

Chris Pine’s absence at the New York premiere of Don’t Worry Darling only adds to what a mess this film’s rollout has been. (Lainey Gossip)

Jon Hamm has worn underwear every day of his life, OK?! (Dlisted)

Blake Lively revealed her fourth pregnancy on Instagram to stick it to the paparazzi camped outside of her house. (Celebitchy)

Adam Levine admits to “crossing the line” with Sumner Stroh, but only by messaging her and not anything else. Sure, buddy. (Jezebel)

HERE IT IS!!! THE FIRST BILLY ON THE STREET IN 3 YEARS!!! BROS ON THE STREET WITH PAUL RUDD!!!! ONLY IN THEATERS SEPT 30!!! #brosmovie @brosthemovie pic.twitter.com/BYqd61Iilg

From Dustin: Why are people so dumb?

The FDA is warning TikTokers who are jumping on the latest craze to beware … because NyQuil-marinated chicken is a dangerous thing. https://t.co/iv7N6gZ8pQ

Actor bios in the 60s and 70s: He was an amateur boxer and truck driver before joining the merchant marines and was discovered by a producer in Cuba where he was in jail for assault.
Actor bios today: His dad was an investment banker and his mom was a model. He attended Yale.

Please email [email protected] if you have ANY tips about Diamond Baby’s whereabouts.🥺 There will be a big reward for her return & no questions asked. She was last seen on Wednesday 9/14 at my house by Mulholland Drive & Benedict Canyon.💔😭 pic.twitter.com/su9wAvqR7W

Inside Amy Schumer is coming back. (Vulture)

A writer for the new Suicide Squad video game turned down an award because she doesn’t want to support Rocksteady Studios or Warner Bros. Interactive until they get their sexual harassment problem in check. (Kotaku)

When you think of banned books, do you think of Sarah J. Maas’ popular A Court of Thorns and Roses series? A Virginia congressman tried to get it pulled not just from libraries, but also from Barnes & Noble. Kfishgirl read it on a friend’s recommendation saying, "It’s interesting, and it kept me reading. Sometimes that’s all I want in a book!" (Cannonball Read 14)