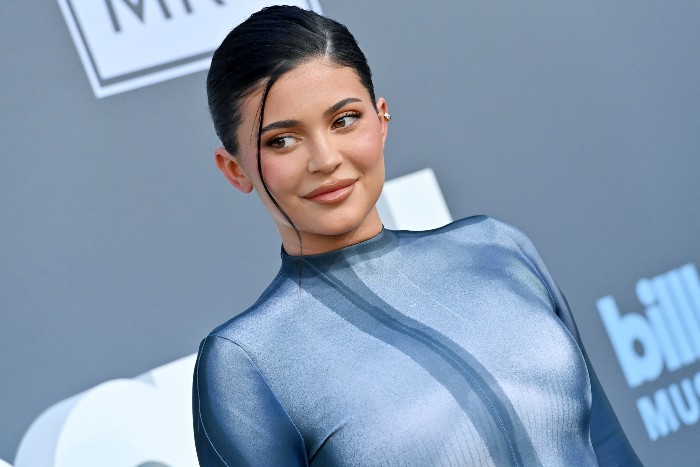 The Kardashians to Instagram: ‘Stop Trying To Be TikTok’

If you hate the newest update to Instagram, which puts way too much emphasis on “Reels” in a blatant effort to ape TikTok’s success, the Kardashians are right there with you. The famous family, who fled from their traditional sites in the early 2010s and were practically built in a lab for Instagram, have the type of clout that can bend the platform’s ear. Will Facebook/Meta actually listen to them is another question, but for now, folks who want the old Instagram back have gained a powerful ally. (Variety)

How society’s criticism of Nick Cannon and Elon Musk, both fathers of many children, differs in nature based on stereotypes. (Lainey Gossip)

Britney Spears and her mom are having it out on social media over unreturned text messages from 2019. (Dlisted)

B.J. Novak clearly didn’t learn how to read the room at Harvard. (Celebitchy)

EXCLUSIVE: Biden is considering extending a pause on student loan repayments, as well as forgiving $10,000 in student loan debt per borrower, as he seeks to appeal to young voters ahead of the midterms https://t.co/ewVF4o0Rs9

Donald Trump is being investigated by the Department of Justice, which duh, and yet, this still won’t get people off Merrick Garland’s nuts. (WaPo)

This story is blowing up Twitter right now, and yes, it’s not great for Marvel. If you want to take a simplistic approach and shit all over the MCU, here’s a gift-wrapped excuse to do so. That said, I’m curious to see how many of you actually read this VFX artist’s first-hand account and realize that the problem isn’t entirely Marvel’s fault. There’s a more complicated situation at play that 100% calls for unionization, but why waste time applying nuance when it’s way easier to tweet “Marvel is the Hitler of movies!” and rack up that sweet pretentious twatwaffle clout. (Vulture)

John Roberts reportedly tried to convince Brett Kavanaugh not to overturn Roe v. Wade and almost had him until the leak, which now looks more and more like it was done by an anti-choice zealot. (CNN)

gonna tell my kids that this was the beastie boys pic.twitter.com/VEhLlBb0Aq

Meghan McCain conveniently started a Twitter break just hours before her permanent replacement on The View was announced. Of course. (Uproxx)

If you haven’t watched Nathan Fielder’s new show, The Rehearsal, then you missed out on meeting Robbin during the latest episode. Naturally, he doesn’t appreciate how he was portrayed on the show, which he tried to fix by revealing that he’s an even more dangerous and batshit douchebag in real life. Well played, bruh. (Vice)

Thank you, Trevor Noah, for having a genuinely even-handed and conscientious approach to the whole monkeypox situation while still getting your jokes in. (The Wrap)

The Americans with Disabilities Act turned 32 today. After Travis_J_Smith saw some broader autism rep on TV, he started down a rabbit-hole that led him to The Autistic Brain: Thinking across the Spectrum by Temple Grandin and Richard Panek. "And I think it’s this that is the most valuable part of Grandin’s book: the advice for how we should be approaching people on the spectrum." What’s the most surprising thing you learned about yourself as an adult? (Cannonball Read 14)

omg this is really how they sound pic.twitter.com/8ASt34nB8A

← Is 'Master and Commander' the Greatest Dad Movie Ever? | The DOJ Is Officially Investigating Donald Trump; Can It Secure a Conviction? →