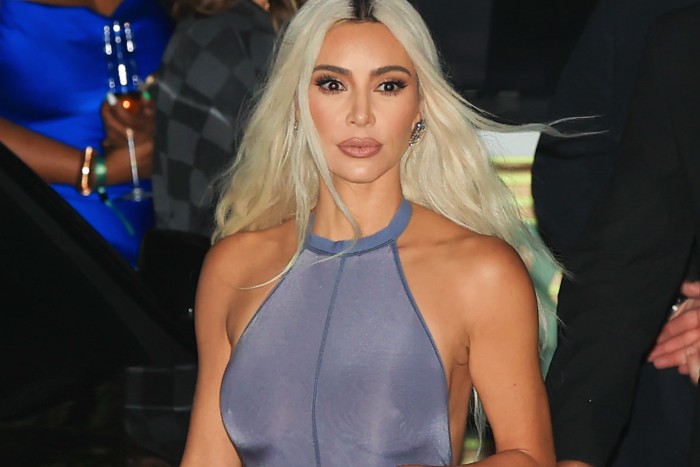 The Kardashians Are Wasting Water Now, Too

While Kylie Jenner continues to take a private jet three blocks away to the mall — only a slight exaggeration — Kim and Kourtney Kardashian have both been cited as the worst celebrity offenders of over-using water during a drought in California. Sly Stallone and Kevin Hart are also on the list, but their names don’t click as well, so I’m only mentioning them now. (AV Club)

Chloe and Halle Bailey’s candid interview for an Essence cover story has made Stephanie a fan. (Lainey Gossip)

Brad Pitt took part in a Buddhist “purification ritual” to promote Bullet Train, and of course, he brought cameras along. (Celebitchy)

Breaking News: A former detective admitted she had helped mislead a judge into authorizing the raid of Breonna Taylor’s apartment that led to her killing. https://t.co/wddsP1gKa5

From James: This whole thread is great, but Jamie’s response broke me.

In 2006 a high school English teacher asked students to write to a famous author & ask for advice.

Kurt Vonnegut was the only one to respond.

His reply was a doozy. pic.twitter.com/ozZjFXRDQE

From Seth: It’s nice to see the Dems actually do effective things. More of this please. (And f*ck SCOTUS.)

Aaahahahahahaa holy shit the Dems actually stuck an amendment to the Clean Air Act into Biden's IRA that explicitly defines CO2 as an air pollutant, giving the EPA back its ability to regulate greenhouse gas emissions and directly addressing the Supreme Court's ruling.o https://t.co/CXvaFM4VVq

PA gubernatorial candidate Doug Mastriano is apparently pulling evangelical randos out of churches to be his armed security team. Nothing concerning there! (Lancaster Online)

John Turturro wants to write a book about Christopher Walken called “Talkin’ and Walken,” and oh my god, this needs to happen. (IndieWire)

So maybe The Batman 2 is safe after all. (Deadline)

Jomidi may have found an all time favorite read in Gabrielle Zevin’s Tomorrow, and Tomorrow, and Tomorrow. "I loved these three main characters. I was thrilled with their successes, and crushed by their failures, I didn’t want their story to end." Is this one on your "to be read" pile? (Cannonball Read 14)