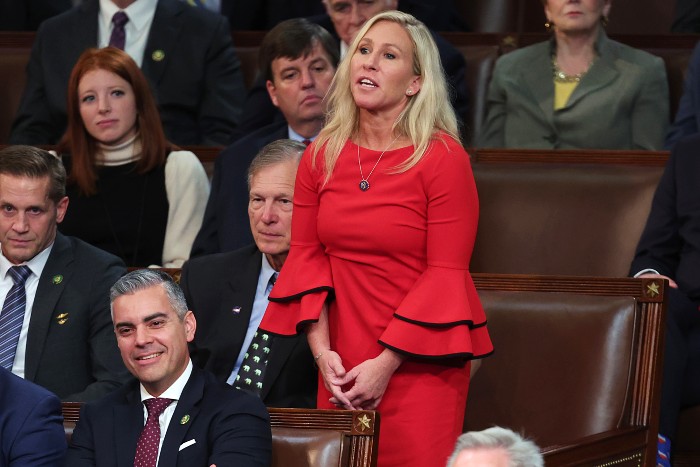 For a while there, Marjorie Taylor Greene was known as the “QAnon Congresswoman.” She’d like the record to show that those days are behind her now. More importantly, it was the internet’s fault for making her sweet, innocent mind believe that Democrats are eating babies. How was she supposed to know that wasn’t real? Maybe babies are delicious. Maybe Satan has, like, a really good marinade. Did you ever think of that? (Rolling Stone)

The lawsuits are flying in 2023. (Lainey Gossip)

Thanks to my cantankerous blogging ways, there are maybe two or three people I genuinely like in this world. Regan Fletcher Stephens is absolutely one of them. She recently launched a new publishing platform for niche travel guides that’s looking for writers. If that’s up your alley, give it a click. (Saltete)

Britney blasts Jamie Lynn for complaining about being her sister. (Page Six)

The internet wants to be murdered by Clue’s sexy new cast. (Kotaku)

LeVar Burton, on the other hand, should do the opposite. (THR)

Brendan Fraser is down for a Mummy reboot. (Gizmodo)

CoffeeShopReader loves looking through old cookbooks like Ann Seranne’s The Southern Junior League Cookbook. "The recipes for ‘nachos’ and ‘English muffin sandwiches’ are almost funny, and for the life of me, I cannot tell what makes "Canadian Cheese Soup" Canadian." Do look through cookbooks for fun? (Cannonball Read 15)