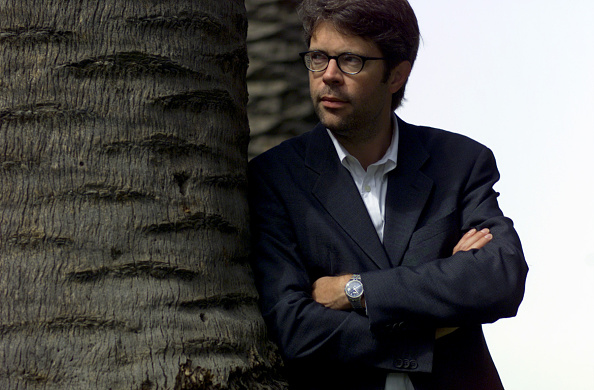 JJ Abrams is joining WarnerMedia to create “remarkable and memorable stories and characters across multiple platforms”. I mean, I’ve no doubt he can *create* these things, but I’m still skeptical he can stick around long enough to *complete* these things. Why yes, I’m still bitter about Lost. (Variety)

Terrence Howard is retiring from acting to spend more time with his family bring truth to the world. (Dlisted)

I know Trump often talks about himself in the third person, but saying “she’s got a son” when talking about his wife and his own son is extra something. (Celebitchy)

Have we made fun of this Jonathan Franzen article yet? I mean, there is just so much to laugh at here. I think my favorite might be the paragraph that starts with “As a non-scientist, I do my own kind of modelling.” Mmmmhmmm. (New Yorker)

The Myths of the “Genius” Behind Trump’s Reelection Campaign. (ProPublica)

I am very excited to see Hustlers, but I’m also very shocked by the Oscar rumors swirling around JLo’s performance. Praise for her performance keeps coming in and I really don’t want to hype myself up too much. (Lainey Gossip)

Did you know that there was an obscene C-3PO trading card way back in the day? Me neither! Turns out, there actually wasn’t one. I still require a bleach eye rinse. (Mental Floss)

Elite schools say they’re looking for academic excellence and diversity, but their thirst for tuition revenue means that wealth trumps all. (NYT)

Employers have become obsessed with improving the health of their employees, but does it do anyone any good? (New Republic)

Milla Jovovich’s stunt double on Resident Evil is suing the producers over her on-set injury. (HR)

Why is Jeff Bezos giving pink slips to anyone at the Washington Post? (The Outline)

“Why Talking To Strangers Is The Best Thing You Can Do For Your Mental Health”. Is it, though? IS IT? (MEL Magazine)

Nope, I have never wondered “What if I’m buried when I’m just in a coma?”, but I guess now I will. Thanks, I hate it. (Ideas TED)

Can our self-conscious minds save us from our selfish selves? (Aeon)

Scootsa1000 is revisiting Stephen King’s first novel, Carrie. Even though the reader knows the end at the beginning, King still builds his now trademark dread that things will be much worse. "Thanks to Tabitha King for taking it out of the garbage and making Uncle Stevie take another look at it." Are there books that you think you know a lot about even though you’ve never read them? (Cannonball Read 11)


The amount of unimpressed on my people face. pic.twitter.com/KJOktRqCf6