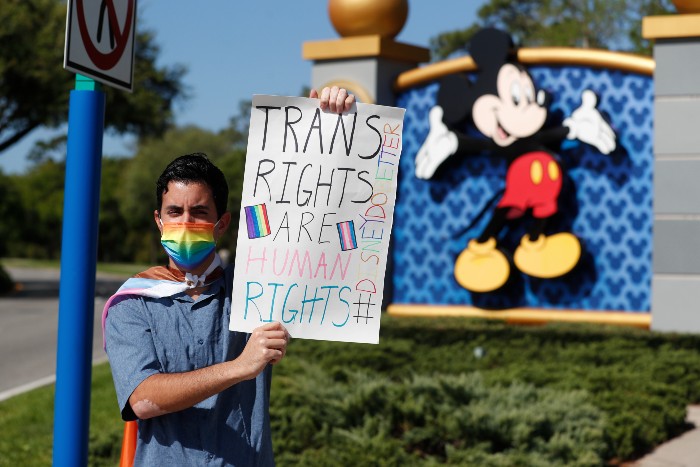 While I’m not particularly thrilled to read that Disney has essentially been able to act as its own government since 1967, Florida’s “Don’t Say Gay” law is a billion times worse, so forgive me while I root for Disney to start burying GOP bodies beneath Space Mountain. (Deadline)

Channing Tatum and Thandiwe Newton get their Magic Mike on. (Lainey Gossip)

Vets rang me to collect my dog after a procedure and warned ‘he may be a little out of sorts’. Showed up and this man was absolutely BUTTERED pic.twitter.com/cpeWQQ946j

EXCLUSIVE IMPORTANT CONTENT: Chris Pine has given up his flip phone for an iPhone and now he doesn’t read and hates himself. pic.twitter.com/pl4gG9l171

BREAKING: E3 will not hold a physical or digital show in 2022. https://t.co/ePDSoVUVoN pic.twitter.com/tYpHjQII8P

From Petr and Claude:

Honestly I think all humankind has been leading up to this moment pic.twitter.com/1ZD7CtsPlp

Oscar Isaac’s Marvel contract ends with Moon Knight because, after Star Wars, he’s not wearing golden handcuffs for everybody. (io9)

So asking Jim Carrey about Paul Dano’s Riddler performance in The Batman turned into a full on fart-sniffing enterprise. (Variety)