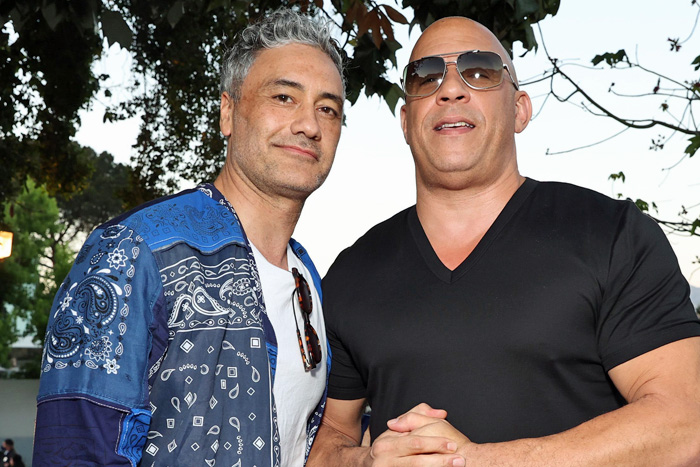 Taika Waititi gives zero f*cks about the pics of him kissing Rita Ora and Tessa Thompson being plastered all over the internet. (Vulture)

What the hell is an Ant Antstead and why is it dating Renee Zellweger? (Celebitchy)

While it seemed like Britney Spears suffered a pretty harsh setback yesterday when a judge refused to remove her father from her conservatorship, the wealth management firm Bessemer Trust just filed papers to resign as Britney’s co-conservator and cited her court testimony as its reason why. (ET)

From Roxana: A really lovely essay by Molly Ostertag for Polygon’s Year of the Ring series about how the queer readings of the Frodo/Sam relationship aren’t wrong. (Polygon)

From Claude: Comic book writer Al Ewing (The Immortal Hulk, Guardians of the Galaxy) writes a beautiful piece about coming out as bisexual. (Medium)

From Kayleigh: Isabel Fall wrote a fantastic sci-fi story called “I Sexually Identify as an Attack Helicopter”, which explored ideas of gender, identity, and the war industrial complex. The hate she faced online, as well as accusations of being transphobic despite being trans herself, led her to ask that the story be removed from the internet. For Vox, Emily VanDerWerff talked to Fell and examined the horrendous cycle of faux-outrage that it all elicited. (Vox)

“And what are you looking for in a sex robot, sir?”
“Do you have ‘Graduate School Philosophy Professor Who Just Found Out He Didn’t Get Tenure?’”
“Right this way, please.” https://t.co/KlXWuwZHpa

Bill Cosby is out of prison, but he’s not welcome in Hollywood. (Variety)

I am absolutely loving this theory on who the real villain of Loki might be. (THR)

For the 245th birthday of the USA, Cannonball Read recommends vel veeter’s review of Bernard Bailyn’s The Ideological Origins of the American Revolution, from which he learned that the colonists didn’t understand the Greek philosophers they quoted. "This is hilarious to me because this is the most American (way of thinking) thing I can possibly think of." How much thought have you given to the ideas behind the founding of the United States? (Cannonball Read 13)

The bulk of Twitter is aggressive in its ephemerality, but this, this animation, this will live within my mind forever https://t.co/h0Awie0fET