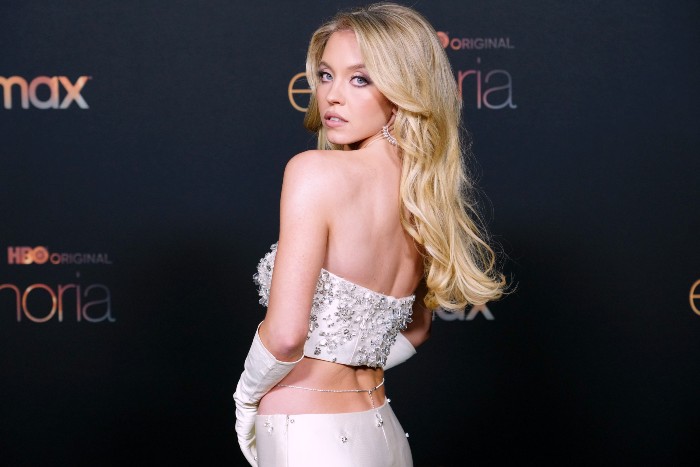 Sydney Sweeney does her part in the odd, but perhaps blown out of proportion, wagon-circling that’s happening around Euphoria creator Sam Levinson. (IndieWire)

Pete Davidson’s ex, Cazzie David, is Team Kanye when she should be Team Tell Your Dad Not To Shill Crypto. (Dlisted)

Adam Driver apparently wants to be a horse. (Celebitchy)

I was today years old when I learned Julie Brown, script supervisor for Hot Fuzz, V For Vendetta, Sahara, Cloud Atlas & numerous other films played the girl with Love You written on her eyelids in Raiders of the Lost Ark. pic.twitter.com/YKQDbdYclj

On Slashfilm, Kayleigh wrote about the 20th anniversary of the first Best Animated Feature Oscar and how animation remains an afterthought for the Academy. (/Film)

From Andrew: Weird Al’s Behind The Music was sold as controversy-free AND YET.

good morning, here’s one of the best things i’ve ever seen on behind the music. pic.twitter.com/3VrhFnrUbs

Keith Olbermann almost filled in for Rachel Maddow while she’s on hiatus, but she apparently vetoed that idea real quick. (Mediaite)

Stephanie Beatriz recorded Encanto’s “Waiting On A Miracle” while she was in labor. Wait, what? (AV Club)

This month Cannonball Read interviews new participant, Pooja. She shares how she got started reading (there’s a story), if she’s a rereader (less than she used to be), and what happened to the skill she tried to learn while quarantining (totally relatable). Are you a rereader like Pooja? (Cannonball Read 14)

This is a very very bad chicken pic.twitter.com/pmQTHWd6aT