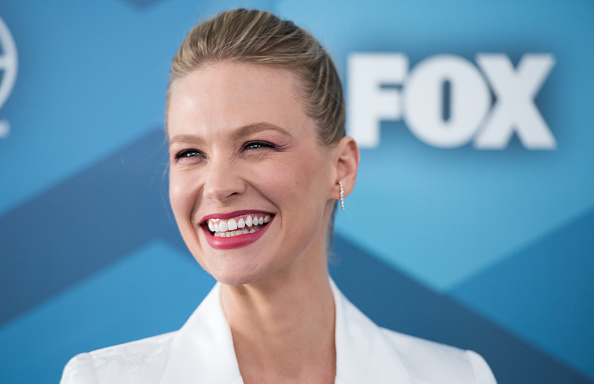 Stir-Crazy January Jones Is Losing It

John Krasinski, the star of one of the most blatant propaganda shows of recent times, is rumored to be joining the MCU. Sigh. This is why we can’t have nice things. (ScreenRant)

Duchess Meghan and her husband are volunteering at Project Angel Food to deliver food to people with critical illnesses. (Celebitchy)

Guys, January Jones is home alone with an eight-year-old child and she’s starting to lose it, but in the most magnificent of ways. She’s always been a great Insta follower, but quarantine January Jones — and her Hula hoop — is an absolute delight.

she was already unhinged before quaranine but now she’s going all in and im here for it pic.twitter.com/VjfBkZ6vLr

What went wrong with Reese Witherspoon’s giveaway? I mean, let’s start with people being mad about not winning free stuff. Let’s start there. (The Cut)

This might be shocking to some of you. Do you know whose theory was proven to be correct yet again? Einstein’s! Shocking. But for real, this is really cool. It’s called a “Schwarzschild precession” around a black hole, and it’s gorgeous. (Space)

This story is great. And by great, I mean entertaining. Imagine going to a wedding where the bride and groom sorted you into a Hogwarts House and then designed their seating plan to seat each House together. What if you went to a coworker’s wedding and they sorted you into Slytherin? (Lainey Gossip)

Also, Nordstrom posted an IGTV of how to make their yummy tomato basil soup, so that’s my weekend sorted. (Instagram)

The Fyre Festival dude, Billy McFarland, joins Bill Cosby and R. Kelly on the list of Dudes Asking To Get Out Of Prison Because Of The Coronavirus. Good list, that one. Stellar. (Dlisted)

The Devastating Decline of a Brilliant Young Coder. (Wired)

The Lawyer Whose Clients Didn’t Exist. A well-known attorney helped land a $2 billion settlement for Gulf Coast seafood-industry workers. But who was he really representing? (The Atlantic)

Attorney General Barr Refuses to Release 9/11 Documents to Families of the Victims. Oh, I wonder why. Does it rhyme with shmaldi shmarabia? (ProPublica)

Zinka, longtime lurker on Pajiba, was blown away by Bernardino Evaristo’s Girl, Woman, Other. "It’s an incredible reminder of the kind of struggle all humans face in understanding each other, complicated by marginalization and through the nuance of intersectional identities." Have you read this or the book it shared the 2019 Booker Prize with, Margaret Atwood’s The Testaments? (Cannonball Read 12)


I’m donating $100,000 to the Know Your Rights Camp COVID-19 Relief Fund. Join us in our mission to help address the disproportionate affect the pandemic is having on our communities🖤✊🏾Use the hashtag #WeGotUs & tag @yourrightscamp after you donate so they can show you some love pic.twitter.com/yzcTlvw7mR

← Review: The Flat Villains of 'Run' Threaten to Derail the Show's Smoldering Sexual Energy | Leaked Results On the Use of Remdesivir Are Showing Promise →