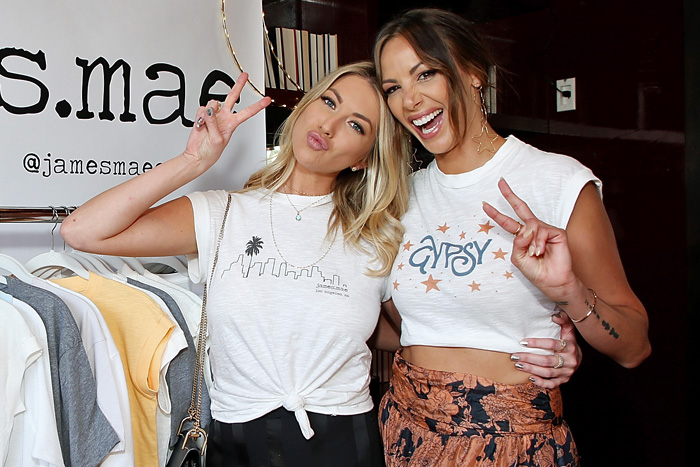 Brad Pitt rode a bike alongside Black Lives Matter protest — which… OK? — while his maybe, who knows girlfriend Alia Shawkat apologized for using the N-word in 2016. (Lainey Gossip)

Reese Witherspoon is getting sued for her Draper James dress giveaway that boned a bunch of poor teachers. (Dlisted)

Lea Michele is now claiming that she has “behavioral issues,” but it’s awfully convenient that those issue flared up the most around POC. What are the odds? (Celebitchy)

Stassi and Kristen are now fired from Vanderpump Rules for their racist horseshit that could’ve easily got a former cast member killed by the cops. Also, they bragged about it in 2018, and Bravo did nothing until Faith Stowers spoke up, so keep that in mind. (Variety)

And just to salt the earth:

Here is Stassi going on a racist rant after Moonlight won the Oscarpic.twitter.com/Y3Ck8v3MoA

From our good friend TK: A protest against racist practices in American theater that could use your attention. (We See You, White American Theater)

An interview with the incredible HERO who told the LAPD, “Suck my dick and choke on it, I yield my time, fuck you.” (Jezebel)

The Pittsburgh Post-Gazette is losing its damn mind and banning reporters for offering support to the Black reporter who was barred from covering protests. WTF? (The Root)

Definitely was not prepared for what happened when I listened to Amber Ruffin and clicked on the link. Good on you, BabyNames.com.

Whoa. I'm so very not pregnant. Just want you to go to https://t.co/jcy5peRD1x and have a look and a cry.

It took Jerry Falwell Jr. over a week to barely apologize for a wildly racist tweet that I couldn’t even believe when I saw it. Jesus, man. (Friendly Atheist)

The Quiet Trauma of Watching Police Brutality on a Screen (Vulture)

Trump got that Martin Gugino conspiracy theory from a conservative blog that even fringe right-wing whackos say is out of control. Wonderful. (The Daily Beast)

If you like reading about social media-driven dystopian futures, Rachel would like you to take a look at Megan Angelo’s Followers. It was an engaging read set in the recent past and the near future. "The author does a great job of building suspense and confusion around what happens to our main characters and how they are all intertwined." Do you ever think about how you present yourself on social media? (Cannonball Read 12)

Let’s donate to the woman featured in this song. She’s going through a bit of a hard time right now. Her Venmo is: GetThisDance
I just donated and you should too if this made you smile. https://t.co/Cp7BhHXgQb

← Weed Whackers Nailing Balloons, Socks In Sulfuric Acid, And Other Oddities From Reddit | '13 Reasons Why', 'Top Chef', 'Dark', and more on Podjiba! →