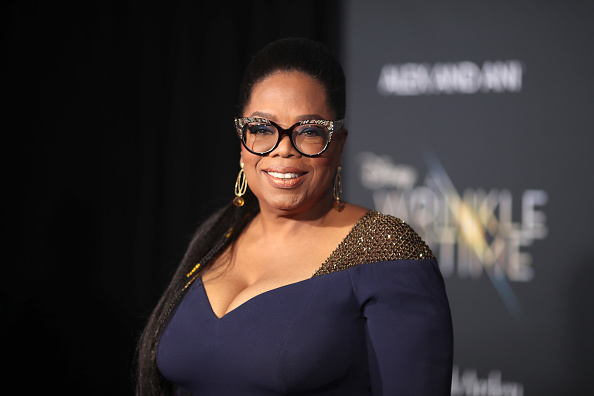 Sometimes, Even Oprah Steps In It

Prince Harry wrapped up his official public duties in England and headed to his new home (however temporary) in Canada to be with his wife and son. His parting words echoed his mother’s when she stepped away from public life. - (Lainey)

Scott Eastwood, whose name instantly puts several of the Overlords to sleep, was busted in Del Mar, CA, trying to take down protestor signs and pretending to be a city employee. Oh, Scott, you’re not even a good enough actor to get away with pretending to be a nobody? - (Dlisted)

I feel like a broken record, but once again, the cruelty is the point. Fucking Republicans are going after trans kids now. - (The Root)

I love many of the artists and songs on Michelle Obama’s workout list. I’m going to check out the others. Quimby’s idea of a Michelle O. and RGB workout routine is a stellar idea, too! - (Celebitchy)

Or if you’d rather just eat Girl Scout cookies and listen to Lizzo (kind of), you can check out 9-year-old Amory Vargo. - (Scary Mommy)

I haven’t watched Tyler Perry’s new Netflix thriller, and from the thrashing it got on Twitter, I don’t really see a reason why I should watch it… unless it’s for the laughs? - (R29)

Baby Yoda as Disney Princesses is my new religion. - (Fatherly)

Ohmyheart! This deaf and mostly blind dog and his love of the family foster kittens is just so heartwarming. - (BP)

Reese wants to hire a librarian!

Meanwhile, Oprah probably should’ve consulted a librarian before choosing Jeanine Cummins’ American Dirt as her book club pick this month, because — in addition to whatever is going on with her Russell Simmon’s #MeToo doc — the book choice has completely blown up in her face. (Vulture)

Did you think you missed the deadline to register for Cannonball Read 12? Good news! The deadline for registration has been extended to January 31. Whether you review one book, or race vel veeter and BlackRaven to 800 reviews, your contribution will help #CBR12 stick it to cancer one book at a time. (Cannonball Read 12)

← Is Robert Downey Jr. a Republican? Revisiting an Urban Legend | History Will Remember the Republican Senate as Moral Cowards →