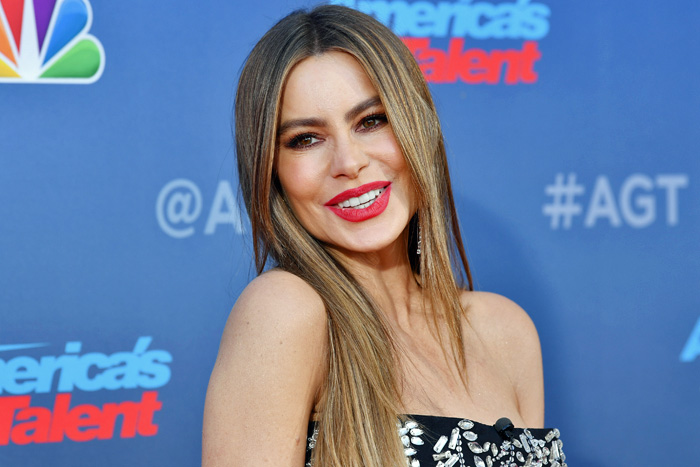 Sofia Vergara Would Like the Jokes About Her Accent Left Out of the Ellen Debacle, Please

Sarah gets blunt about the trailer for Zack Snyder’s Justice League and how it will be a dour, depressing funeral that still won’t make Snyder fans happy. (Lainey Gossip)

Apparently, Sofia Vergara is cool with Ellen DeGeneres making fun of her accent and wants nothing to do with the current unfortunate-ness. (Dlisted)

Kanye West missed an FEC filing and has been rejected by 30 states’ ballots in case you were wondering how the ratf*cking is going. (Celebitchy)

NFL Commissioner Roger Goodell sheds white tears for Colin Kaepernick while conveniently saying nothing about how the league blackballed him. In short, welcome to some bullshit! (The Root)

He’s like Paddington Bear with a note pinned to his jacket so they know where to return him if he gets lost. pic.twitter.com/jXIgayXfVE

For the record, the Democratic National Convention did say “under God” during the Pledge of Allegiance on all four nights, so here’s a handy link for your relatives on Facebook flogging that nonsense. (Snopes)

A loving tribute to Patriot Act and how it spoke to South Asian families. (Vulture)

Without giving Republicans too many cookies for only just now realizing Trump is awful and the by-product of their party, I also don’t think we should be discounting folks who are willing to not vote Republican for possibly the first time in their lives. Trump won by a razor-thin margin in 2016. Not being complete dicks to these people — for now — shores that up. (The New Yorker)

Jerry Falwell, Jr. seems like an awful person, but given his family, I feel like you have to grade him on a curve. This is from "Strength for the Journey," a memoir by his father Jerry Falwell, Sr. pic.twitter.com/ZzZKqZreVu

DC Comics appears to be letting John Ridley unleash a new POC Batman, and I am here for it. (AV Club)

Jonathan Safran Foer’s Eating Animals is a personal book for LadyStardust. "It’s been a transformative and eye-opening book for me, and I highly recommend it for anyone who’s ever felt uneasy about where their food comes from, and wanted to think about it more deeply." Has a book changed the way you live your life? (Cannonball Read 12)

And this is some damn good satire because I can’t even begin to tell you how many Evangelicals I know who act exactly like this:

why we shouldn’t worry about ANYTHING ♥️ pic.twitter.com/T1RZSD7bDr

← 'Yellowstone' Finale: Forget the Duttons, What Happened to Jimmy? | The 'Enola Holmes' Trailer Is the Perfect Kimberly Guilfoyle Palate Cleanser →