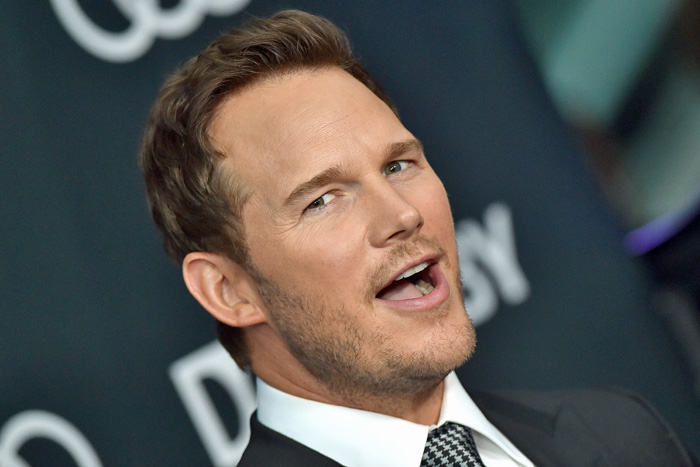 So That's Why Marvel Circled Its Wagon Around the Worst Chris

Remember when a bunch of Marvel stars who stayed very quiet when Brie Larson, Zoe Saldana, and Zendaya were being harassed suddenly jumped up to defend Chris Pratt like he was the goddamn Baby Jesus? Turns out Marvel has plans to shove the Worst Chris in other non-Guardians movies like Thor: Love and Thunder. (THR)

LeVar Burton’s reaction to fans starting a petition to make him the new host of Jeopardy! is exactly why it should go to him.(Dlisted)

Olivia Wilde and Jason Sudeikis have called it quits after 10 years? Holy shit, it’s been that long? It feels like only yesterday I was going, “Wait, he went from January Jones to who now?! You’re lying.” (Celebitchy)

From Roxana: Did you watch that interview with Pennsylvania’s Lieutenant Governor John Fetterman, where he basically told Republicans yelling about election malpractice to f*ck off? You’re going to want to learn more about him and his wife Gisele Barreto Fetterman, and Kim Kelly has the profile. (Teen Vogue)

Jared and Ivanka yanked their kids out of private school because the administrators had the nerve to correctly raise concerns about their family being a COVID risk, which they absolutely are because the White House is a petri dish. (CNN)

Apparently, CEOs are making plans to deal with Trump refusing to concede the election. So now you know he’s really f*cking up, but not because of caging kids or undermining democracy. He messed with the money. What a goddamn country. (NBC News)

The gift-giving holidays are approaching, and Cannonball Read knows you have opinions and suggestions. Do you have a book you think everyone should read? Is your favorite indie bookstore offering book-lover care packages? Are you on the hunt for some book-themed face masks? Share your suggestions on their diversion post; or get some great ideas for your favorite readers—including yourself! (Cannonball Read 12)

Taika Waititi directed this year’s Coca-Cola holiday commercial, and maybe it’s the pandemic, but damn, that ending hit hard. Give a guy a warning before you sucker punch him right in the feels.