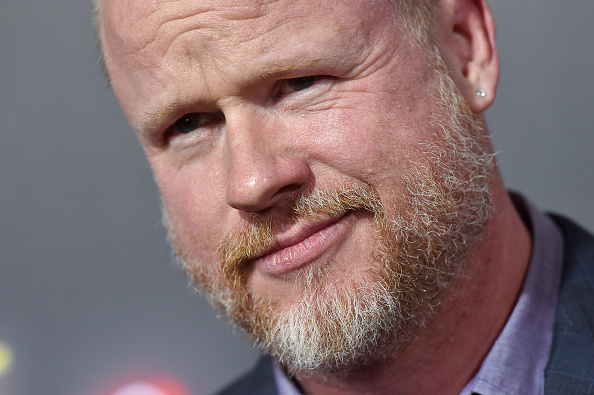 So is Joss Whedon's Career Over? Because It Sure Seems Like It

Joss Whedon’s involvement with another show just went up in flames. (AV Club)

Kirk Cameron is protesting California’s stay-at-home orders by Christmas caroling, because if there’s one thing Jesus hates the hell out of in The Bible, it’s helping the sick. Can’t stand it. (Dlisted)

Just trying it out. @TheCrownNetflix pic.twitter.com/BQVfTwBvnS

If you’re wondering why Ali Larter has been trending since this afternoon, Heroes star Leonard Roberts has accused her of allegedly getting him fired from the show for some pretty shitty reasons. (Variety)

Now that the dust has settled, the Tom Cruise rant was bullshit, and Marlow Stern basically hits all the reasons why. (Daily Beast)

Megan Fox and Machine Gun Kelly are RIGHT. THERE. https://t.co/5tzhXfqRUu

From Kristy: This starts with a real f*cking doozy of a wedding story. (Texas Monthly)

Starting tomorrow, HBO Max will finally be available on Roku devices. As a Fire TV user, I got a taste of the app a few weeks ago. It’s fine. Basically all the flaws of HBO Go/Now, but a way bigger library. Also, Wonder Woman. (Roku)

Patti LaBelle talks about her Republican nephew who popped up during a scandal in PA last month. “I didn’t choose my family.” (Vulture)

Although most of the months in this year have lasted decades, 2021 is only days away. That means that registration is open for Cannonball Read 13. If you love books, have thoughts to share about the books you read, and want to kick cancer in the face, Cannonball Read is the right place for you. (Cannonball Read)

My anxiety pushing new worries to my brain as soon as I get one under control.pic.twitter.com/bl60nY0Pwc