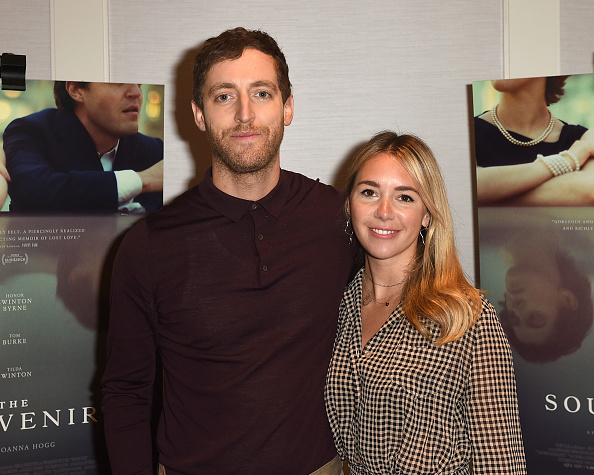 I spend at least 25-40% more than my husband on grooming and personal care, which makes zero sense since I work at home now. I can’t imagine how much more I would spend if I were still going into an office each day. Will I ever finally be at an age and a personal security level where I could forgo the makeup and hair routine of years past? Are any of you there? - (Fast Company)

It would take more than a couple of injections of filler to get rid of my Active Bitch Face, but hey, if people want to get rid of their Resting Bitch Face with plastic surgery or injectables, have at it. Personally, I’m fine with looking “unapproachable.” - (Dlisted)

Why are some people so concerned with how other people wear their hair? Damn. - (The Root)

Here we have not just Florida Man but also Florida Woman. Together. Nakedly. - (People)

Nicole Cliffe is a gift! - (Lainey)

A dudebro in the Fallon audience tried it with Kamala on guns and she left him hyperventilating and picking up the tattered pieces of his greasy wig off the floor. pic.twitter.com/zqspPnzYOL

Nic Cage looks like a mountain man, complete with a wolf and moon jean jacket, and I’m not even mad at it. - (Celebitchy)

Jodi found this, “GOONIES NEVER SAY DIE but they do have conversations in the back of a car in Paris.”

This is maybe the single greatest thing I have ever seen. https://t.co/EZa4ECKmEU

Kate shared this in our Slack and as she said, “No comment needed. This is the article America needs right now.” - (NYT)

Kristy shared “Whitewashing doesn’t just happen in live-action. And it might be happening on one of your favorite cartoons.” - (Shadow and Act)

Petr brought this for everyone and said, “Check out the awesome Fearshit Yourself And Die Ladder! I mean I’m guessing that’s its real name” - (Love the Mountains)

Thomas Middleditch of Silicon Valley and Verizon commercial fame is not only a swinger, but he says that it saved his marriage. And you know what? Marriage can be hard, and this really seems to work for them. Middleditch is even willing to be a representative for the lifestyle (although, he notes his more private wife may not be as willing). (Playboy)

Dome’Loki found a review of Django Wexler’s The Shadow Campaigns series that called it "flintlock fantasy." She thought that was appropriate for its musket and cannon level of technology mixed with magic and demons. "The series as a whole is stupendous. I’m grateful that by the time I found the first book, the fifth book was close to publication so I didn’t have to wait for books to be released." Do you prefer to read a series all at once, or read it slowly as each book is released? (Cannonball Read 11)

This dog is not so subtle about wanting his owner's dinner… 😂🐶 pic.twitter.com/wOUxlp4iah