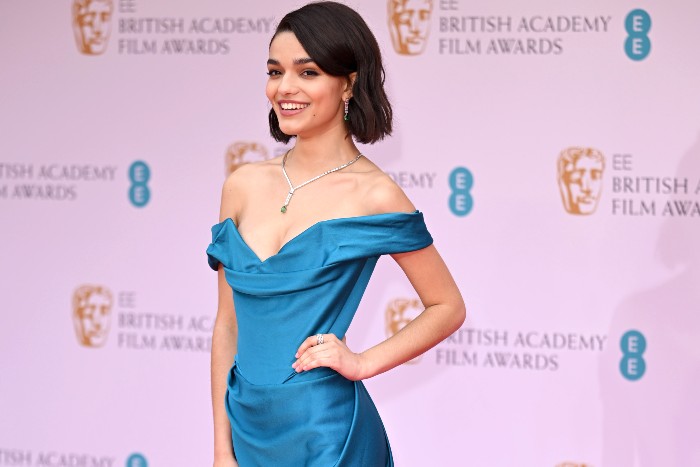 Rachel Zegler Not Getting an Oscar Invite Is Disney’s Fault, Just FYI

Despite West Side Story being nominated for Best Picture, Rachel Zegler — the film’s star — has not been invited to the Oscars, which justifiably sparked a number of headlines rightly asking, “Uh, WTF?” Buried in those articles is little mention of who made such a bullsh*t call, and the culprit is almost definitely Disney. Surprise! (Variety)

Jake Gyllenhaal is letting his girlfriend be seen on the red carpet with him now. Or maybe she’s no longer afraid to be seen by Swifties. It’s a toss-up. (Lainey Gossip)

Elon Musk and James Franco have both been listed to testify at Johnny Depp and Amber Heard’s defamation trial. (Dlisted)

Rihanna, like you, is powerless against a Target run. (Celebitchy)

I Photoshop @paddingtonbear into a movie or TV show until I forget: Day 377 pic.twitter.com/O50BQ1ZAl9

The Babylon Bee can eat a hot turd out of my butt. (New York Post)

According to Adrien Brody, in 2003, Jack Nicholson gathered all the Best Actor nominees at his house and tried to get them to boycott the Oscars to protest the Iraq War. Obviously, that didn’t happen, and everyone went anyway. Hollywood, baby! (IndieWire)

It truly is breathtaking how Donald Trump knows absolutely d*ck about sh*t, and yet we gave him nuclear launch codes. (Daily Beast)

Aaron Lewis of Staind is apparently deep into QAnon, and I don’t why I’m surprised that nu metal is a prime source of brain worms. Really should’ve seen that one coming. (Twitter)

It’s World Poetry Day! Rachel Wiley became Siege’s favorite living poet when she found YouTube clips of Wiley’s readings, like Dry Cake Wishes and Tap Water Dreams. "I pre-ordered Revenge Body as soon as it was announced and read it the day after it arrived." Have you watched any of Wiley’s videos? (Cannonball Read 14)

I’ve seen almost 400 kung-fu and wuxia movies over the past three years, so when I say I’ve never seen a fight like this before, it’s not hyperbole
(Drunken Dragon/Exciting Dragon - dir. Chiu Chung-Hing, 1985) pic.twitter.com/PRuv0eN6K6