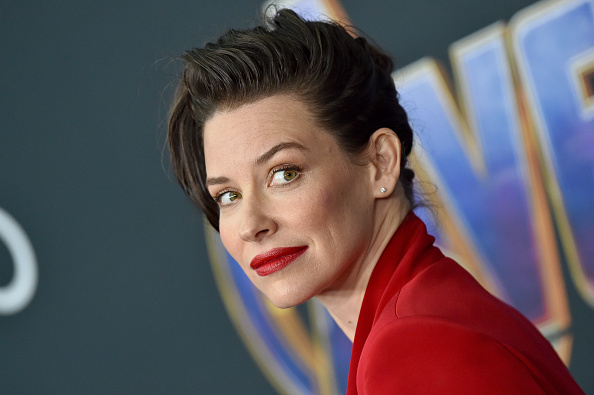 Evangeline Lilly Is At It Again

In news that pretty much seemed inevitable after Prince Charles tested positive and was seen with his mother, unmasked, at a public event, Buckingham Palace has confirmed that 95-year-old Queen Elizabeth has COVID. Nothing like a monarch potentially dying while a land war breaks out in Europe. That’s always historically gone well. (PEOPLE)

Brad Pitt and Angelina Jolie really want to spend the next 40 years in court. (Lainey Gossip)

The Taylor Swift got engaged rumors are coming in fast. (Dlisted)

In case anyone was curious, yes, Evangeline Lilly is still back on her bullsh*t:

Marvel actress Evangeline Lilly, who plays Wasp in the Ant-Man movie, defended the Canadian truckers from Trudeau and “corporate media” outlets for “smearing them as racist and misogynistic.” pic.twitter.com/6CGTdStIHi

From Roxana: Today, in adventures in reading and renting. (Curbed)

This Place Was Home > The Book of Boba Fett. (ND Stevenson)

The genius behind Baby Billy Freeman has been cast in Amazon’s Fallout series? You have my full and undivided attention. (Variety)

It was our pleasure today to show Warhammer super-fan Henry Cavill round the home of Warhammer. Little known fact about Henry: he has the Hero keyword and a 2+ save. pic.twitter.com/qJr2n3b1uG

An absolutely wild read about an evangelical nutjob — Redundant, I know — who allegedly murdered his wife so he could vote for Trump twice. (The Daily Beast)

Stephen Amell fires back at John Cena for making a Green Arrow joke in the Peacemaker season finale. (Deadline)

Frank Luntz thinks the GOP has a lock on the midterms — unless Trump f*cks it all up, so let’s cross our fingers for that. (Mediaite)

Do you have a friend you wish you could spend more time with? Lynn thought the romance in Christina Lauren’s The Soulmate Equation was cute, but what really spoke to her was the best friendship. It made her think of her own best friend, who lives too far away, "I finished this book and sent her a text because I wish that we could sit at the coffee shop every morning people watching and gossiping." (Cannonball Read 14)