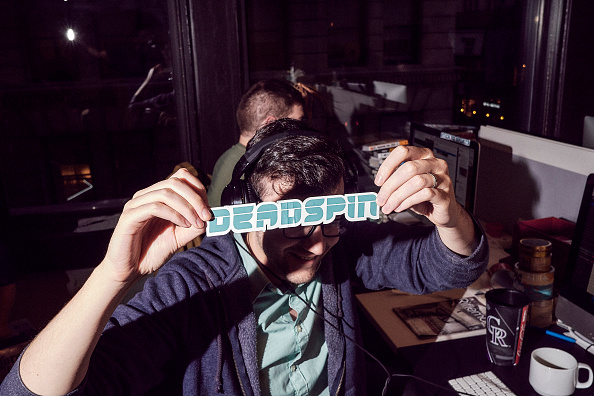 I’ll be the first to admit that I forgot Zac Efron was a thing. It hasn’t occurred to me that we haven’t really seen much of him this year until now. - (Lainey)

RIP, Deadspin. Thank you for everything, you talented, glorious, principled writers. Good luck and may you all land softly where your talents are appreciated.

By quitting, Deadspin's staff aren't just principled, they sent a critical fuck you to every private equity ogre that desecrates great publications. The only way 2 stop it from happening is stopping them from being able to turn a profit. Long live Deadspin. They were the realest

There have been missteps for sure, but how could anyone possibly cheer the demise of a site that did this? #RIPdeadspin pic.twitter.com/9pCOhdm5Z5

OH. MY. GOD. Look at Cynthia Erivo and Janelle Monáe! LOOK AT THEM! STUN.NING. - (GFY)

A coroner has determined that Jeffrey Epstein’s death could have been homicide, not suicide. Also, that coroner was hired by Epstein’s brother and also is a Fox News contributor, so, ¯\_(ツ)_/¯ - (Celebitchy)

I remember so very clearly when Marlena was possessed by the Devil. I also remember that I had to travel for work and I was SO concerned that my VCR would screw up recording Days of our Lives (or Days, as the cool kids called it. No cool kids called it that.) that I paid my neighbor to ALSO record it as a back-up. - (SYFY Wire)

Genny brought us this: “This clip of a Nationals manager getting ready to fight the umpires set to “Take Me Out to the Ballgame” is almost art.”

I just want to point out that this meltdown happened during "Take Me Out To The Ballgame" which is not clear on the Fox broadcast, and it's hilarious pic.twitter.com/pHFJwSmLMQ

Tori shared this: “Add a blistering zero-star review of Peter Luger Steak House to the pile of WTF-ery that is 2019” - (NYT)

Jodi said, “I’ll be buying some Happy Meals in hopes of getting the Chicken McNugget toys, the only ones worth having on this list.” - (Reddit)

A California Corrections Department office had a Nazi flag hanging on the wall for, wait for it, training purposes. Uh-huh. Sure, Jan. - (The Root)

These are some of the best couples costumes I’ve ever seen! Amazing. - (BP)

After reading a Nalini Singh short story, teresaelectro decided to dive into one of Singh’s long-running paranormal series. Angels’ Blood introduces the Guild Hunters series’ world of angels and vampire hunters. "I clearly enjoyed this book since I devoured book two a mere month later." What is your favorite long series of books? (Cannonball Read 11)

← The Best of Celebrity Halloween Costumes 2019 | #BritainHasExploded: The Internet Reacts To Brexit Not Happening Today →