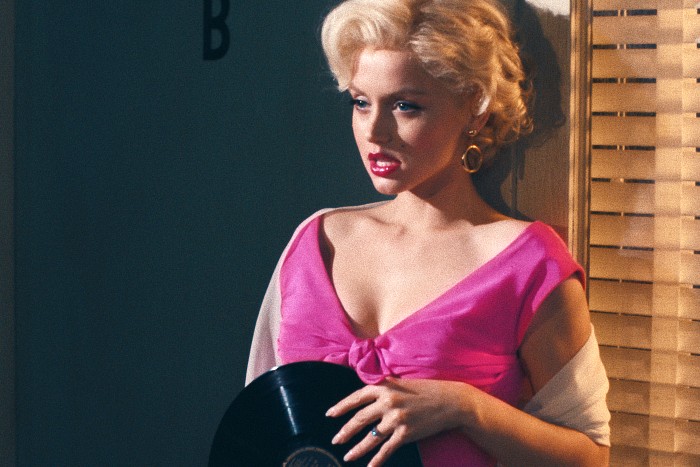 Planned Parenthood Calls Out ‘Blonde’ for Being ‘Anti-Abortion Propaganda’

At a time when reproductive rights are in a world of danger, Planned Parenthood is not messing around when it comes to anti-choice messaging. Case in point, the organization released a statement blasting Blonde for being “anti-abortion propaganda.” (THR)

Brad Pitt continues to give off Johnny Depp vibes. (Celebitchy)

This is the only review of #AbbottElementary that matters 😂 pic.twitter.com/o68nMk23mb

wait…… Trevor Noah was spotted out with Duo Lingo ?? pic.twitter.com/TJ1M5aN1Le

Consumer Reports lists the ten most effective dryers. Number one may surprise you. pic.twitter.com/vCWzebpPTK

Contrary to initial reports, Bruce Willis — or more specifically, whoever is controlling Bruce Willis these days — did not sell his likeness to a deepfake company. (AV Club)

Christian Bale really wants to do a Star Wars. (Deadline)

The Crow reboot starring Bill Skarsård has reportedly wrapped, but I still won’t believe this thing exists until I rent it from Redbox. (Gizmodo)

The creeping dread in Silvia Moreno-Garcia’s Mexican Gothic was exactly what Ang was looking for, until it invaded her real life. "I finished this before the recent disastrous Supreme Court decisions in the U.S. and found myself frustrated for Noemí in a way in which I thought I could not relate." Have other books seemed like great fiction until you read the news? (Cannonball Read 14)

this is otis's fattening strategy! he's an elder bear who can't really compete for salmon with the younger male bears, so he focuses on the water and it seems like he's falling asleep, but he's watching for the salmon to come to him. that's why otis is a fat bear LEGEND https://t.co/I9RUa3EUyu