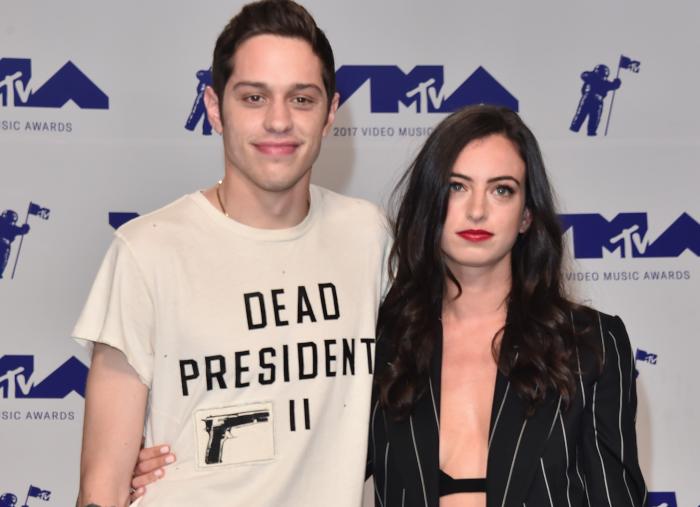 Pete Davidson Candidly Explains Why His Girlfriends Keep Dumping Him

The public memorial was held today for Kobe and Gianna Bryant. Beyoncé sang “Halo” and I would have lost my shit. Vanessa Bryant is an incredibly strong woman. - (Lainey)

35 countries are now reporting cases of the coronavirus. Does that make it a pandemic? - (Buzzfeed News)

Italy’s government has shut down Venice’s carnival celebrations due to the coronavirus outbreak, and now filming of Mission Impossible VII has suspended shooting the first leg of their schedule in Venice “out of an abundance of caution” - (THR)

What has the U.S. done in preparation of the coronavirus, you ask? Click through.

1. With the coronavirus killing thousands and threatening to tank the global economy, I feel like more people should be talking about the fact that Trump fired the entire pandemic response team two years ago and then didn't replace them

Justice Sotomayor is not mincing her words when it comes to the conservative side of the Court and the Trump Administration. Tell ‘em, Judge! - (Slate)

An amazing and extraordinary woman has passed away, but her legacy will never be forgotten. If you thought you knew all about Katherine G. Johnson from the movie Hidden Figures, it barely scratched the surface. - (The Root)

A woman helped deliver her own baby on Monday before doctors could arrive, and then on Thursday, she helped rescue a man from a burning tanker truck explosion. WOMEN GET SHIT DONE! - (Scary Mommy)

Over the weekend, Guns Akimbo director Jason Lei Howden used Twitter to attack two female writers of color, accusing them of cyber-bullying and “attempted murder.” The full story is complicated, but this link offers a solid rundown, including a thread from our own Brian Richards. - (TMS)

In the same interview that Pete Davidson suggested he was fed up with SNL because his castmates make fun of him, he also candidly explained why things not only fell apart with Kaia Gerber but probably his other past relationships, as well. What is the opposite of a commitmentphobe? Yeah, that’s what Davidson is. - (Yahoo)

Pete Davidson also wants to adopt a baby. With his mom. So… - (Dlisted)

Congratulations to Walter Mosley, recipient of the L.A. Times 2019 Robert Kirsch Award for lifetime achievement. Jake, an aficionado of the genre, recommends Mosley’s Leonid McGill series. "You go headfirst into this world but Mosley refuses to let you see it all…These books are so transgressive against the typical PI fare." Have you read any of Mosley’s books? (Cannonball Read 12)