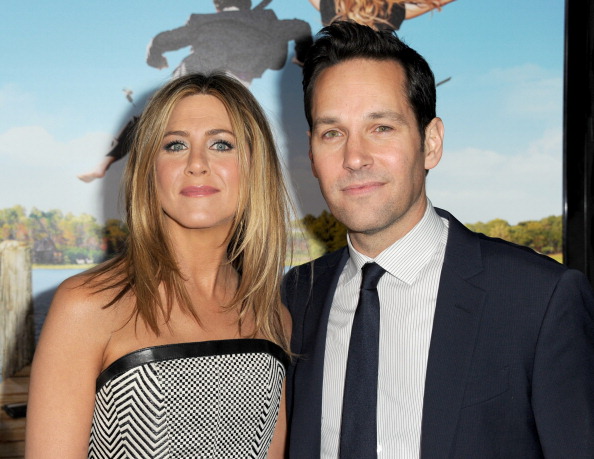 When Lizzo was in Madison, WI, her whole team stopped at Underdog Pet Rescue of Wisconsin to not just play with the puppies but to adopt one. My Lizzo shrine already takes up one entire wall in my house, if she keeps this up, I may have to just dedicate one whole room! - (Celebitchy)

Paul Rudd, promoting his Netflix series out this weekend, recalled delivering a joke (a very good one!) that fell absolutely flat with Jennifer Aniston on Friends, and another instance in which he, uh, ran over her foot with a Segway that Aniston was only using because she had already broken her toe. - (UPROXX)

Queen Elizabeth really does have extraordinary skin for someone who is 93 years old. I wonder what products she’s used. I feel like I’d have to ask her, you know, if I ever had the occasion to meet and hang with her. - (Lainey)

Of course, Her Majesty’s regular diet might also contribute quite a bit toward her lovely complexion - (The Kitchn)

I bought my weighted blanket last year and I feel like I can’t fall asleep without it. My brain knows that as soon as I get in bed and under the weighted blanket, it’s sleep time. I took it out to the couch one night to test the theory, and boom! I was out like a light in minutes, and I never fall asleep on the couch. - (R29)

Lifetime got right on top of making their Operation Varsity Blues movie, which premiered this weekend. You can learn a lot from a Lifetime movie. - (Jezebel)

This is a couple of years old and I probably linked to it back then. It’s still relevant: Donald Trump or Regina George, who said it? - (McSweeney’s)

This is also a couple of years old, but it came up this weekend when I was talking to a friend. What do you wish someone had told you before starting your first (or hell, even your second) real job? - (Buzzfeed)

Kristy shared this in our Slack and it’s so cool!

In case you were wondering, yep, Rep. Matt Gaetz is still the worst. - (TMS)

When Tartine: A Classic Revisited appeared on NetGalley, emmalita thought her birthday had come early, she couldn’t wait to explore the recipes. Elizabeth M. Prueitt and Chad Robertson put a lot of thought into the recipes included, but there were enough typos and incorrect measurements that she warns this book in not for the novice baker. "Everything I baked turned out well, but the English muffin dough took a lot more flour than the recipe called for, and the dimensions for rolling out the croissants were definitely written out incorrectly." What is your proudest achievement as a baker? (Cannonball Read 11)

← Bradley Cooper Bonded With Who?! | Twitter Reacts To Sean Spicer's 'Toy Story' Dance On 'Dancing With The Stars' →