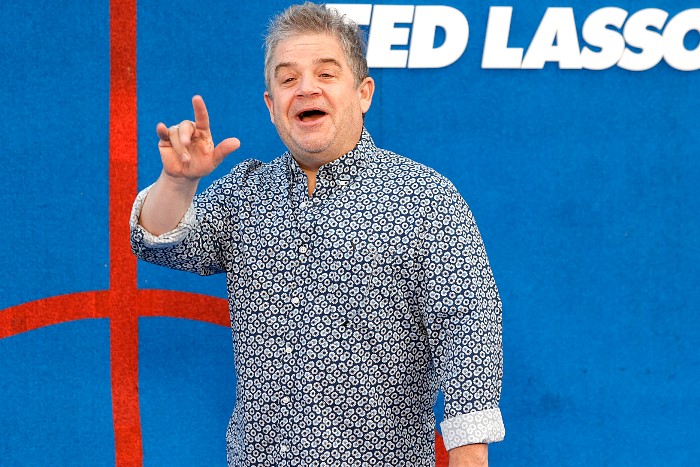 Perhaps a Good Way To Support Trans Rights Is by Not Appearing With Dave Chappelle, Patton

After appearing with Dave Chappelle for a surprise set in Seattle, Patton Oswalt is setting the record straight that he supports trans rights, but also thinks Chappelle is still “evolving.” I mean, if that’s what you want to tell yourself, OK. (Deadline)

Yeah, man, The Rock ain’t coming back to the Fast & Furious movies, and I’m here for him calling out Vin Diesel’s prima donna manipulativeness. (Lainey Gossip)

In two people I completely forgot even existed news, Justin Long and Kate Bosworth are apparently a thing now. (Dlisted)

In theory, Paul Bettany discusses being on the receiving end of Johnny Depp’s f*cked up texts about drowning and, uh, doing other things to Amber Heard’s dead body. (Celebitchy)

From Roxana: The relentless ego of Ghislaine Maxwell. (New Yorker)

Armie Hammer’s roles are being scooped up by… Will Arnett? (Variety)

From Jen: Don’t be a Dumb Dave, people. (Reddit)

In light of the new series, here’s a brief history of Boba Fett. (The Wrap)

Call me old-fashioned, but I don’t think George R.R. Martin counts as an impartial source for these things anymore. (IndieWire)

Peacemaker rings in 2022 with a delightfully stupid trailer. (Gizmodo)

Now that 2022 is really here, are you looking for another place to share your opinions about books? Does cancer personally offend you? Did you know you can combine those two things? Check out Cannonball Read 14. Their mission to raise money for American Cancer Society means the subtext of every book review posted is “F*CK cancer,” and registration is open now. (Cannonball Read 14)

← 5 Shows After Dark: 'Around the World in 80 Days' Premiere PBS, 'Next Level Chef' Premiere Fox | The 2021 Pajiba Ten: The 10 Brainiest, Most Lustful Celebrities on the Planet →