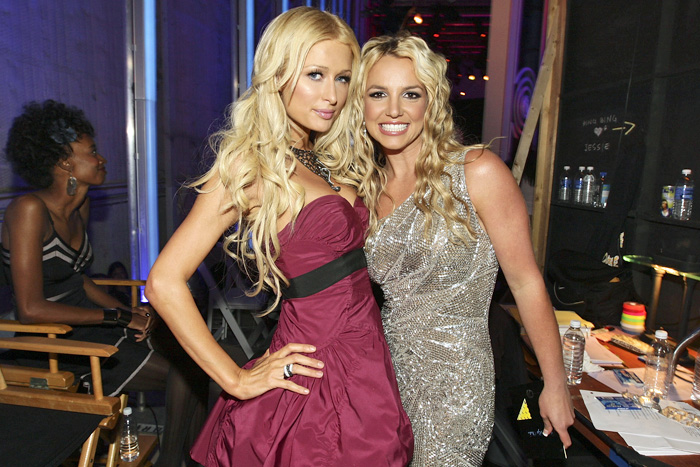 Paris Hilton defends Britney Spears even though it sure sounded like Britney threw Paris under the bus during her conservatorship hearing testimony. (People)

Angelina Jolie wants out of the wine business. (Lainey Gossip)

Nick Cannon on the several different women he’s knocked up: “The ones that got pregnant are the ones that were supposed to get pregnant.” Good to know? (Dlisted)

Chris Evans is dating a “down to Earth” girl in Massachusetts. (Celebitchy)

therapist: giant billboard cat is just a literary fiction it can not hurt u

From Kayleigh: What do you do when the most viral short story of all time may or may not have been inspired by your life? (Slate)

Have I sent my son way too many Vin Diesel memes today? Yes. Yes, I have. (Polygon)

From Steven: Tiffany Haddish had her first orgasm while watching Face/Off, so that made it real neat when she had to actually work with Nicolas Cage. (Independent)

By all accounts, The Tomorrow War was a bland, mediocre piece of sh*t starring Crisp “Jesus says aliens aren’t real” Rat, so naturally, it’s getting a sequel. (Variety)

Speaking of piece of sh*ts, a second woman is now accusing Diplo of filming her during an alleged sexual assault. (Vulture)

And for a palate cleanser, here’s Tom Hiddleston on how he got extremely lucky pulling off that knife flip in Thor: Ragnarok. (EW)

Sabian30, an author himself, has been reading and reviewing books about writing this year. While most books on writing share a formula, Making Shapely Fiction by Jerome Stern does not. "It’s so far outside the box, I can’t begin to explain it." Has a how-to book made you rethink how you do something? (Cannonball Read 13)

Finalists of the Comedy Wildlife Awards 2019