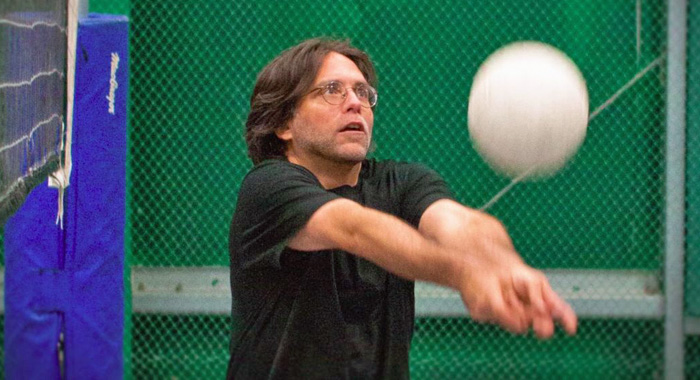 NXIVM founder and the world’s weirdest volleyball player Keith Raniere has been sentenced to 120 years in prison after standing trial for a litany of sexual abuse charges stemming from his cult that turned Chloe from Smallville into a vagina-branding sex criminal. (CNN)

You might want to sit down for this. Keanu Reeves shaved his head. (Lainey Gossip)

Britney Spears’ dad now says she’s not that mentally unfit and can speak for herself in her conservatorship hearing. So this is a development. (Dlisted)

“Brad Pitt’s girlfriend Nico Mary reunited with her 68-year-old husband for a date,” are words that I just read but don’t fully comprehend. (Celebitchy)

“If we were focused on Covid now, the White House wouldn't be having its second outbreak in a month,” Barack Obama says to Orlando voters, adding that President Trump has "turned the White House into a hot zone” pic.twitter.com/R3RABEi9WB

In a new essay, Chrissy Teigen has opened up about her miscarriage at 20 weeks, and the absolutely bullshit criticism she received for it on social media. (Medium)

Cardi B calls out the racist responses to her Birkin collection. (The Root)

This looks like the cover photo to every "I'm a liberal but I'm dating a Trump supporter" essay https://t.co/sLy9IbLxvf

Marvel’s Moon Knight series has scored Egyptian director Mohamed Diab, furthering Disney’s commitment to representation behind and in front of the camera. (Collider)

Blaming the Democrats for Amy Coney Barrett’s confirmation to the Supreme Court is a boring and smarmy take, so naturally, Bill Maher was all over it. (Daily Beast)

Olivia Dade’s Spoiler Alert is what happens when you combine fanfiction, fandom, secret online identities, social media, a gorgeous and fat geologist, and a famous actor who is trying to be less of a golden retriever persona. Faintingviolet says, "This story unpacks self-worth in a few ways, but one of those is not Marcus falling for April despite her size. Her body is immediately attractive to him and that point doesn’t change during the book." Who would you like to tweet at you for a date? (Cannonball Read 12)

MsWas at Cannonball Read recommends Kelly Faircloth’s piece on her reaction to the cover of Spoiler Alert, "What the Dip in This Romance Heroine’s Butt Meant to Me" (Jezebel)

Season 2 Bloopers because you deserve a treat today…and maybe a glass of milk 🥴 pic.twitter.com/qcFte1iFGC

← Colin Kaepernick's Mini-Me Has Been Cast in the Limited Series About His Life | Trump Abandons Rallygoers, Who Are Stranded for Hours in Freezing Temperatures, Pissing Themselves →