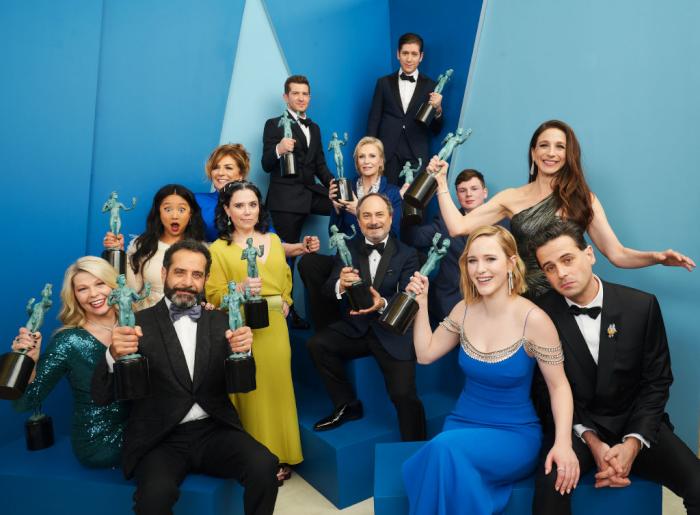 When are people gonna’ learn not to try Chrissy Teigen? - (Buzzfeed)

‘Mrs. Maisel’ won the SAG award for best television ensemble tonight for the second year running, and they were not happy about it. Like everyone else, they thought Fleabag was robbed. In fact, Alex Borstein admits that she voted for Fleabag herself before telling the audience that she’s going to go home and f*ck her award through her Spanx hole. (Alex Borstein and Phoebe Waller-Bridge need to work together. Immediately. (Vulture)

The @MaiselTV repeats as recipient of the Actor® for Outstanding Performance by an Ensemble in a Comedy Series for the second consecutive year 👏 #sagawards pic.twitter.com/6HLsSVawjr

I would read interviews with Brian Cox every day. He’s very entertaining. - (The Guardian)

*sigh* Gwyneth thinks she’s “rubbed people the wrong way” and intimates that it’s because she’s a woman. Sure, Gwyneth, that’s it. That’s the reason. - (Celebitchy)

I don’t know if Gwyneth rubs Martha Stewart the wrong way or not, but Martha wasn’t interested in buying one of Goop’s candles. - (Dlisted)

Are you also sick of the Oscars and how they consistently act like women directors don’t exist? Kayleigh is too, and she’s demanding action. Consider signing her petition to get Academy President David Rubin to commit to long-term change and a greater commitment to the future of inclusivity in storytelling! - (Change.org)

Kristy shared this and I’ll take any bit of good news I can find, “Today in good news: going to the movies counts as a “light workout.”” - (DM)

Monday is Martin Luther King Jr. Day in the United States, but Virginia has other plans. - (The Root)

James shared this on Facebook the other day and I thought it needed to be shared here too.

Titus Kaphar took a painting that used to be on the wall of Yale’s Corporation room, showing Eliyu Yale with two other wealthy white men, with an enslaved Black child in the background, and repainted it, crumpling it up and highlighting one part. It’s called “Enough about You” pic.twitter.com/gPVLQVor0j

Remember, the cruelty is the point. Also, the idiocy. - (WP)

How I miss this family.

In every scene, you are my star, @MichelleObama! Happy birthday, baby! pic.twitter.com/hgMBhHasBj

Did you ever wonder how “dick” became a word? Wonder no more! - (MEL Magazine)

Do you also find yourself wondering what Nic Cage is wearing these days? Again, wonder no more. - (GFY)

Do you ever wonder about the volunteers who keep Cannonball Read running? Bothari43 has been interviewing Cannonballers in her Quick Questions with a Cannonballer series for a few years. This month she interviewed Beth Ellen, who comes from and is raising a family of readers. "My sister (Ellepkay) and I have even been known to take a sister’s weekend away where we just read together (although she just gifted me a Jane Austen role-playing game for Christmas, so you better believe that’s coming out next trip!)." What does your family do together? (CannonballRead 12)