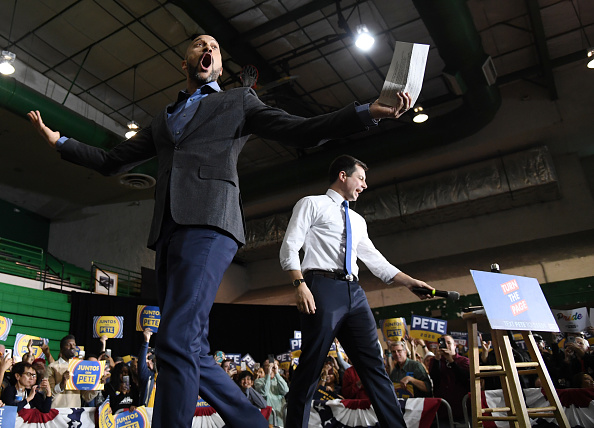 No, Keegan-Michael Key Did Not Endorse Pete Buttigieg

Had I known The Beek was on Cameo and for $200 I could get him to record a personalized message, that absolutely would have been my husband’s birthday present Too late now. He got an air fryer and he will LIKE it. - (Lainey)

I’m glad I didn’t get that air fryer from Target with Shipt delivery. That place sounds like a nightmare company. - (VICE)

66,000 marijuana convictions in LA will be dismissed. That’s in addition to the 85,000 cases already dismissed so far. Those numbers are astounding to me when you consider that we’re only talking about one county in southern California. Imagine if this becomes an actual federal initiative. (Yes, I know it won’t happen any time soon, no need to rush in and crush my dreams.) - (The Root)

Thank god for some good news in this suckhole of a timeline. - (Scary Mommy)

LeBron James opened the Promise School in Akron, Ohio, a year and a half ago. When the 11th-grade students from the school visited Kent State University, they learned that Mr. James had more surprises for them. - (Celebitchy)

You know how happy your dog is to see you when you come back from getting the mail? Imagine if you had been getting the mail while orbiting Earth for 328 days! - (Dlisted)

Kristy shared this in our Slack and now it’s all I want in the whole world.

Have you seen the amazing Blanket Octopus? This might be the most beautiful sea creature in existence and the female is also super badass. - (TMS)

We’re having friends over next weekend to play games and hang out. We have 3 of the games on this list, but there are several I haven’t heard of. Have you played any of these? - (PW)

Sonali Dev is following up her well-received retelling of Pride and Prejudice with the forthcoming Recipe for Persuasion. J was able to get hold of an advance reader copy and thinks Persuasion translates better to a contemporary setting. "The challenge with Persuasion is to reproduce one of the great, if unsung, romantic heroes. If your Wentworth doesn’t make a reader swoon, what even is the point?" What classic do you think is ripe for a contemporary retelling? (Cannonball Read 12)

← The Tabloid Media Bullied Caroline Flack to Death | Yes, Someone is Already Writing a Biography on Caroline Flack's Life and Death →