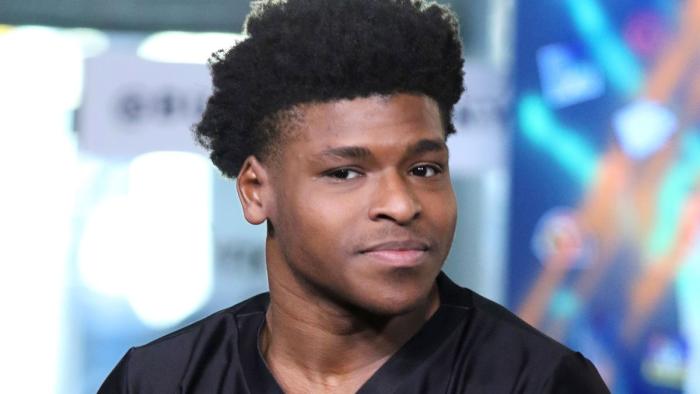 Jerry Harris, from Cheer on Netflix, has been arrested and charged with production of child pornography. This is all so depressing. (CNN)

What Happened Inside Ed Buck’s Apartment? Two men died of meth overdoses at the home of a West Hollywood political donor. Dark conspiracy theories abounded— but the truth is even darker. (NYT)

You guys! Venus has aliens! And they smell like garlic and dead fish! OK, so maybe I’m exaggerating a little bit. (The Verge)

TV stars dress up as their favorite TV stars from the shows they’ve been watching during quarantine. Ozark’s Julia Garner as Succession’s Shiv Roy makes so munch sense. (W Mag)

You HAVE to read this Reddit AITA, then sort the comments by Best, and then read the second one. Aunt Gertrude is counting on you. (Reddit)

On Anna Faris’s podcast, Olivia Munn said she once dated a conspiracy theorist. Sooooooo, who do you think this is? Obviously not Best Chris. But maybe Aaron Rodgers? Matthew Morrison? (Lainey Gossip)

I’ve been slowly deleting my social media accounts, and I cannot recommend this enough. Outside of therapy, I think this has been the biggest improvement to my mental health. This “psychoanalytic reading of social media” article is really timely. (Bookforum)

Teddi Mellencamp may be in some trouble with her “All In” diet plan. Frankly, I don’t understand why this hasn’t been shut down yet. The *only* person who is allowed to prescribe diet plans is a Registered Dietician and Teddi is over here proudly saying that none of the people who run this company are certified in any way. (Dlisted)

Chris Rock is…saying some things. His comments start out fine: “the president’s a landlord. No one has less compassion for humans than a landlord.” but then he very weirdly transitions into “it’s all the Democrats’ fault.” Which, hey, I’m not going to argue that the Dems are astoundingly bad at…a lot of things. But I guess I just don’t get what he’s saying here. (Celebitchy)

Have you seen the tags on Patagonia’s clothes? BRB, I’m going to order some shorts. (GQ)

This ranked list of Christopher Nolan’s movies is wrong. WRONG! I don’t even know where to start. (Vulture)

The New Spicy Chicken McNuggets apparently come with a sauce made out of “uranium deposits.” (SFGate)

Am I a Potato Chip Addict or a Victim of Food Science? (Medium)

Beth Ellen isn’t sure how you would categorize Her Royal Highness, but she enjoyed it very much. "It’s wholly unbelievable, because seriously every European royal is just going to love how brash and unpretentious we Americans are all the time? But also it was just silly. And charming." What are your fluffy, charming recommendations? (Cannonball Read 12)

BEST IN SHOWS I For W’s 2020 TV Portfolio, we asked 21 of the most sought-after names in television to embody their favorite characters from their favorite TV shows. - Above, “Schitt’s Creek’s” @instadanjlevy dresses as Nicholas Hoult as Emperor Peter III of Russia from Hulu’s "The Great" for his portrait. - “For me, it was a level of escape,” said Emmy-nominated Levy of watching the historical dramedy “I feel like ‘The Great’ is essentially mocking power-hungry politics. I was able to sort of get away from what was going on in my own backyard but still feel like there were some jabs at what was going on in government.” - To see all the interviews and images, click the link in bio. - Dan Levy photographed by @ana_sorys for W magazine, September 2020

← 'Ellen Show' and 'TMZ' Have Another Thing in Common Beyond Toxic Workplaces | TikTok Banned, Pence Aide Turns on Trump, and Bill O'Reilly's Backward Compliment of Biden →