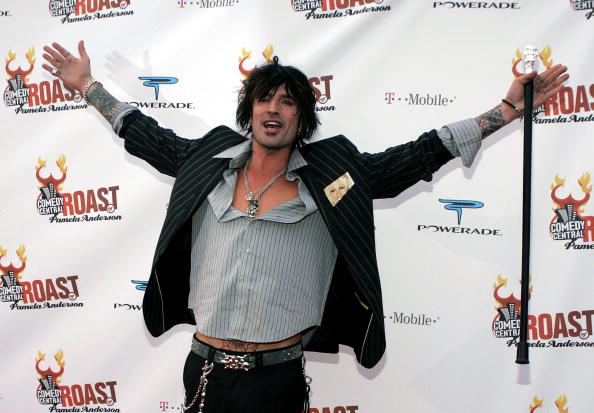 This was an interesting read: What do we do about the violence of lonely young men? (MEL Magazine)

This pairs well (or, actually, horrifically) with the new podcast episode from Reply All. (Gimlet)

On the one hand, Motley Crue drummer Tommy Lee is a problematic dude. On the other hand, this is 🔥 🔥 🔥 🔥. In the sh*tty dude political wars, I want Tommy Lee over Kid Rock.

Who else is super excited for the second season of Succession? Also, who else thinks that Kendall Roy looks a lot like Logan Echolls? Here is a profile of Jeremy Strong. (GQ)

And here is an article about Succession’s Cousin Greg! (Vulture)

Y’all. Please do me a favor and go look at this photo of Gwenyth Paltrow and her husband Brad Falchuk, and compare it to this quote from the same article: “Brad really doesn’t believe in accruing generational wealth…” lolololololololololforever. (Celebitchy)

Have Smartphones Destroyed a Generation? I mean……………….(The Atlantic)

So what do we think about TaySwif’s cover and interview for the September issue of Vogue? I am not a fan of hers and her quotes sound a bit shallow, but I’m willing to be swayed in her favor. I don’t know why. I’m turning into a softie. Gross. (Lainey Gossip)

I do know that there are a few people who are seriously interested in living forever, and my question is, like, why? Just, don’t be a dick, enjoy your time, and get the heck out. Done. Anyway, this scientist thinks he’s found a way to live if not forever, then a very long time. (Technology Review)

What even is money? (No, I’m not high. Ask again in January.) (The New Yorker)

Speaking of, just how hard did Dark Phoenix bomb? The answer is a lot. A LOT A LOT. (Dlisted)

How half a tonne of cocaine transformed the life of an island. (The Guardian)

A YouTuber accidentally uploaded an unedited version of the video she was taping that showed her abusing her dog in between takes. Thankfully, the LAPD is investigating it.- (The Verge)

Have you heard of “nuisance ordinances”? The lengths some people will go to in order to preserve their bubbles is astounding. (Current Affairs)

For fans of Santa Clarita Diet, Kristy asks, “Let this blow your mind.”

PulpoPerdida joined Cannonball Read in part to break out of a year and a half long book slump. She was having a hard time finding a book to hold her interest until she got hold of Naomi Alderman’s The Power. The reimagining of gender dynamics caught her interest and prompted her to write her very first Cannonball Read review. "Alderman is masterful, and she has no need to cater to my particular desires for what else I’d like to see in fiction. It’s a compelling read, and it’s to her credit that it has left me wanting more." Have you registered for Cannonball Read but never posted a review? It’s never too late! (Cannonball Read 11)

This video is making the rounds again and because it’s been a shitty, shitty week, let’s just enjoy it once more:

u fools…. This is clearly what would happen if dan or phil tried to propose pic.twitter.com/FZHYxths7c

← Nicolas Cage Is Moving Past Dinosaur Bones to Search for the Holy Grail | Morning Briefing: Donald Trump and the Baby, Another Joe Biden Gaffe, and Sarah Silverman →