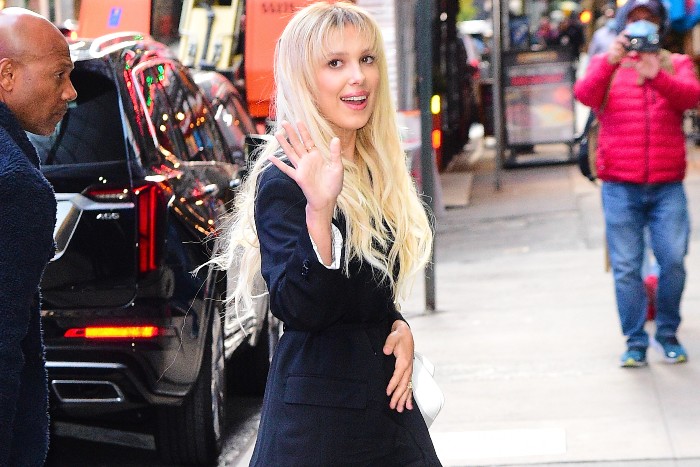 Millie Bobby Brown wants to star in a Britney Spears biopic, and you’re damn right I found a pic where you can totally see it working. Tremble before my photo skills! (People)

The Internet will never miss an opportunity to dunk on Chris Pratt, and once again, he had it coming. (Lainey Gossip)

Jessica Simpson used the gift of song to fire back at people who thought she was acting a little… strange at Pottery Barn. (Dlisted)

From James: Peak Onion. (The Onion)

Wait, what is Jason Momoa’s dream project that James Gunn is going to make happen and why am I terrified that it’s Zack Snyder’s Justice League 2? (Variety)

Alanis Morrissette bailed on performing at the Rock and Rall Hall of Fame because she’s over putting herself in places that “reduce women.” (Vulture)

Of course Joe Rogan had Matt Walsh on his show. Of course. (Mediaite)

Wanderlustful didn’t love Kara Cooney’s feminist approach to history in When Women Ruled the World: Six Queens of Egypt, but it is making her think about the underlying assumptions in "neutral" histories. "I was trying to consider whether I’ve been inundated with so many of those types of books for years I don’t even notice the slant, and maybe rather than Cooney being an extreme advocate she’s in the same bucket, it’s just more noticeable?" Has a historian made you rethink your perspective? (Cannonball Read 14)