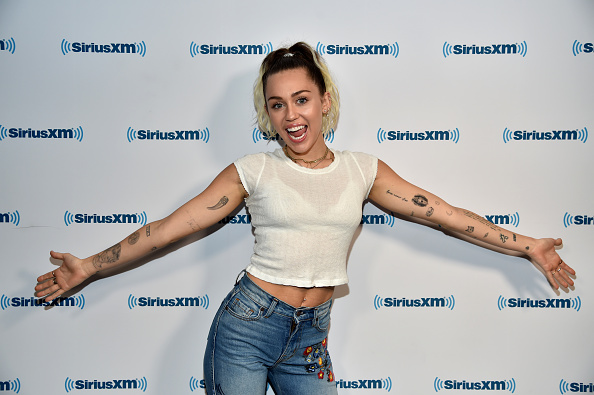 Look at Keanu - dating someone age-appropriate AND being cute in public, but not in a I’M SO CUTE, EVERYONE PAY ATTENTION TO ME way. Best Chris is just the best. - (Lainey)

The Harry and Meghan special doesn’t air in the US until Wednesday night, but just seeing clips makes me feel so awful for her and the barrage of shit she endures just for existing. Like, damn, can’t a woman just live?! - (Celebitchy)

It happened in May, but the video was just released of the Oregon high school coach disarming a student who had a loaded gun and then hugging the student and talking to him until the police arrived. - (R29)

In yesterday’s Pajiba Love, I linked to the story of the black security guard who was fired due to a school’s stupid zero-tolerance policy that didn’t leave any room for context. As a follow-up, Cher (yes, that Cher) has offered to pay the legal fees for the man, Marlon Anderson, should he decide to sue the school district. - (The Root)

“When women speak, they shouldn’t be shrill. Clothing must flatter, but short skirts are a no-no. After all, “sexuality scrambles the mind.” Women should look healthy and fit, with a “good haircut” and “manicured nails.” This was part of the training women at Ernst & Young received. In 2018. - (HuffPo)

Ok, so one of the Property Brothers and Zooey Deschanel have been dating for a month or so and it was so uninteresting to me that I just figured everybody else knew too and that it was an official thing. Now they’re Instagram official, so I guess that means it’s officially official and ohmygahhhd, I’m still really disinterested in them. Sorry. - (Dlisted)

Miley Cyrus rightfully caught hell on social media today, not for dating another man after her brief fling with Kaitlynn Carter, but for suggesting that she chose to be gay only after she’d run out of other options. “You don’t have to be gay,” she said, “there are good people with dicks out there, you just gotta find them … I always thought I had to be gay because all guys are evil but that’s not true.” - (Jezebel)

Pleated skirts are not something I want a return to, but if they’re going to look as good as this one on Lupita looks? I can’t argue against them. (Also, love those shoes!) - (GFY)

On the one hand, I love the idea of this and I look forward to the throngs of homophobes boycotting Tony the Tiger (he’s greeeeeeeeeaaaaaat, not gay. Relax, Brenda.) but also, why does it need to cost twenty damn dollars? - (FC)

I bet kids who love Frozen would like these. Anyone else? Maybe not so much. - (TIB)

The Nazis banned a lot of books, among them Frank Werfel’s The Forty Days Of Must Dagh. Werfel’s book recounts the 1915–1916 Turkish genocide of the Armenians. "This is a great book from a literary standpoint," says blauracke, "but more importantly, it is a memorial for a historical event that should be burned into humanity’s collective memory forever." Which historical events do you think people ought to be brushing up on now? (Cannonball Read 11)

I don’t have a new We Rate Dogs, so tonight I present to you, UPS Dogs, which is a very adorable site.