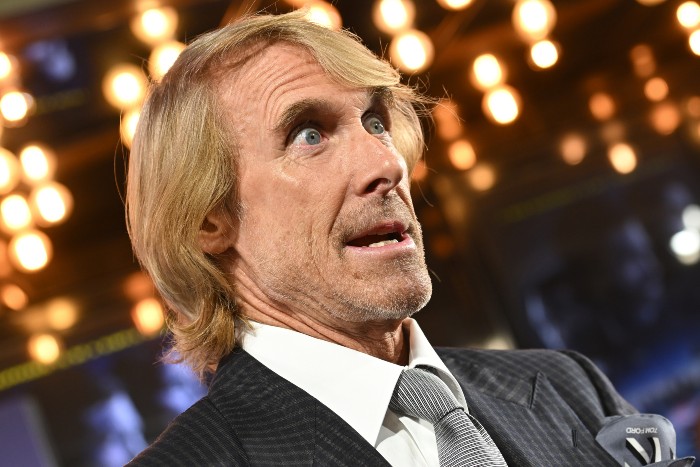 For almost five years now, Michael Bay has been secretly hounded by the Italian government over, I kid you not, the death of a pigeon during the filming of 6 Underground. As a noted animal lover, Bay has refused to pay a “small fine” to end the allegations because it would imply that he was guilty. In his first public statement on the alleged crime, the director claims he has “clear video evidence” and witnesses that exonerate the production. (The Wrap)

I honestly forgot Nick Cannon had twins with Mariah Carey, and I wouldn’t be surprised if he did, too, at this point. (Dlisted)

From Roxana: Back when National Geographic actually published interesting content, photographer Joe McNally did a photoshoot with Michelle Yeoh, hanging out of a helicopter in front of the Hollywood sign. A look back. (Joe McNally)

So strap in for this one because this is not a cute tale of bird murder: Rick and Morty co-creator Justin Roiland has reportedly been facing felony charges for domestic violence and false imprisonment from an alleged incident in January 2020. Details are being kept under wraps because of protective order. (NBC News)

From what I’m seeing on Twitter, the felony allegations are just the tip of the iceberg. Roiland has reportedly been facing sexual assault allegations that have been kept very quiet. For the record, I don’t make it a habit of linking Substack reporting, but this seemed worth reading in light of recent events. (Riding the Waves)

And now for some feel-good news as a palate cleanser: Elon Musk broke the Guinness Record for losing the largest amount of personal wealth in history. I knew he had it in him. (Gizmodo)

Minx has been saved by Starz. (Deadline)

John Carpenter wanted to quit the film business after dealing with Chevy Chase on Memoirs of an Invisible Man. (A.V. Club)

Oh good, wonderful. Ezra Miller got a plea deal in their breaking and entering case in Vermont. I’m sure Warner Bros. had nothing to do with that. (Rolling Stone)

Do you pay attention to the diversity of authors that you read? Ingres77 does, and he struggles with his difficulty in engaging with the fantasy world written by N.K. Jemisin in his review of The One Hundred Thousand Kingdoms. "So, I muscled through the beginning of the book and found….exactly what you should expect to find: a well constructed, well written world with an engaging story and interesting characters." (Cannonball Read 15)


← Anna Kendrick Speaks Ill of an Ex, and Everyone Knows Exactly Who He Is | The Truth About Gina Carano's 'Box-Office Disaster' →