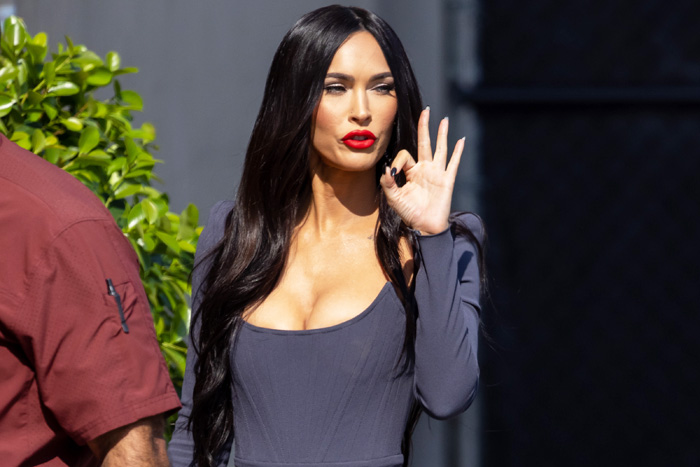 So, look, when Megan Fox called Donald Trump a “legend,” she specifically meant in the context of the UFC arena where she happened to be sitting. Also, she’s, like, above political parties, you guys. (Dlisted)

Britney Spears can hire her own attorney and wants to get to work immediately pressing charges against her father. (Celebitchy)

And there it is, the old “economic anxiety” rearing its head again:

There's a key part of the Ashli Babbitt martyrdom story. The Trumpers pushing her story are convinced the officer who shot her is a black man. https://t.co/TidOvAN0YX via @TPM

From James: I really, really hope Jason Sudeikis is as good a person as he seems. (Uproxx)

How the coffins in “Coffin Flops” got flopped. (Vulture)

From Jen: MC Hammer is writing a book. (Twitter)

From Kayleigh, and also, Jason:

The new Anthony Bourdain documentary used an AI to simulate his voice and the filmmakers never told anybody when screeners were given out. It’s not going over well. (Variety)

And Antonio Banderas will be joining Mads in Indiana Jones 5. (/Film)

On the eternal question of how long do you give a book before you give up on it, The Book Omnivore says she rarely gives up on a book. “If I just read it to the end, there just might be a twist that will make it all worth it…(it hasn’t happened so far but I haven’t let that little fact stop me from masochistically forcing my eyeballs to read bad books).” Do you give a book limited time to hook you as a reader, or do you keep going and hope for the best? (Cannonball Read 13)

If you haven’t watched the new (or the first) season of I Think You Should Leave, definitely fix that soon. Very soon. Seriously, each season is barely an hour long, and this post alone had two references in it. I don’t know how long I can contain them.