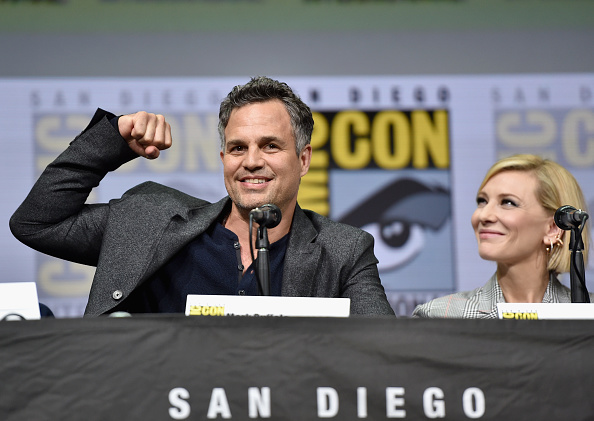 Taika, you do have it rough! So does Rob McElhenney. - (Lainey)

She's now 3 away from surpassing the all-time world medals leader.https://t.co/2IMBSkuF9O

Hailey Baldwin Beiber isn’t the first young woman I’ve seen say something like this “Look, marriage is always going to be hard.” Is it? Should it be? I feel like it shouldn’t be hard. Maybe some days/some specific valleys over the years, but overall, should marriage be hard? - (Celebitchy)

We all “borrowed/stole” things from our parents at one time or another, right? But there’s a limit. Like, say, anything in their bedroom nightstand top drawer… - (Slate)

Tracee Ellis Ross is sunshine and joy and she’s smart and funny and talented and beautiful! - (The Root)

We’ve learned a lot about Ellen DeGeneres the last couple of days, including — according to socal-media rumors — that she’s terrible to work with. That didn’t stop a number of celebrities who exist in the same privileged space as her from agreeing with Ellen’s statement about her friendship with W.

I can’t get over this. Celebs are insane. pic.twitter.com/wKe2d00LzW

One celeb who is not in the bag for the Ellen/W friendship? Mark Ruffalo.

Sorry, until George W. Bush is brought to justice for the crimes of the Iraq War, (including American-lead torture, Iraqi deaths & displacement, and the deep scars—emotional & otherwise—inflicted on our military that served his folly), we can’t even begin to talk about kindness. https://t.co/dpMwfck6su

Are you not sick of Joker discourse yet? Can you understand German? Kayleigh was on the German public radio program Zündfunk discussing it. Listen to her be overdubbed in German by a lovely sounding person (starts about 10 minutes in). - (zuendfunk)

Roxana shared this in our Slack. As an aside, I have no idea what she’s talking about, but about 86% of our staff is OBSESSED with Succession, so I’ll take her word for it. “GERRI SPEAKS. This is a really good interview with J. Smith-Cameron about her role on Succession.” - (Vulture)

Hot firefighters and adorable animals. Yeah, this is what we need today. - (BP)

Holly is the new Fat Bear Week queen 🐻👑 "She was a submarine for the entire month. She did not stop fishing, except to dig a belly hole big enough for her to sleep in." (via @NPR) https://t.co/m6JmZ0BUvF

BlackRaven was worried that Our House Is on Fire: Greta Thunberg’s Call to Save the Planet by Jeanette Winter would feel too preachy and political for 3– 8-year-olds. But, its straightforward storytelling and Winter’s friendly illustrations assuaged her fears. "While this is obviously about current events and a real person, it has a gentle feel of a story." How do you talk to young children about the scary things happening in the world? (Cannonball Read 11)