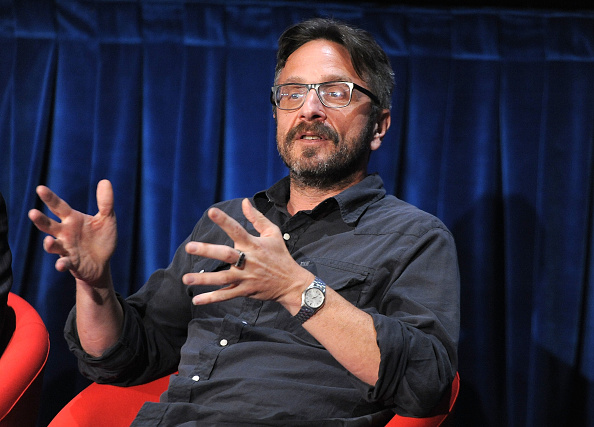 All I’ve wanted was for it to be cool enough for me to turn off the AC and open the windows. It’s finally that day! However. There’s a cricket outside that has been non-stop chirping for 9 hours. My head is ready to explode, so PL might be kind of sparse tonight. Blame stupid nature, OK?!

OHHH!! You guys, it’s all cool. Prince Andrew was seen and photographed with Epstein because he wanted to end their friendship in person! Yep. You know, like you do. - (Celebitchy)

The staff had meant to cover this earlier in a stand-alone post but didn’t get around to it, but Marc Maron took issue with comments Todd Phillips made about how “woke culture” killed comedy, and Maron does a remarkable job here of channeling Carlin. (AV Club)

Back when I was in HR, I used to get employee reports of lunch thefts fairly regularly. The one that still sticks out, though, was a woman who opened her salad (in a plastic container) only to discover that someone else had helped themselves to all of the vegetables in her salad and left her a bowl of lettuce. - (Slate)

Dustin shared this in our Slack, “Pusha T remixed ‘The Succession’ theme and it is the stuff of LIFE.” - (Instagram)

Petr shared this, “Good stuff, this profile. Parasite is by far the best movie I’ve seen all year. Everyone needs to see it.” - (Vulture)

HOMYGOD, this is my new favorite picture of all time! - (Dlisted)

This is a couple of days old, but this may be my second favorite picture.

Well what’s happening is that we saw each other for the first time in ages and it turned out to be the 12th anniversary of #pushingdaisies . @leepace lovely lovely Ned! X pic.twitter.com/EEiCC8K6xw

Busy Phillips echoes my Joker feelings. And echoes how my eye makeup probably looks half the time. - (Lainey)

The fuckery is real.

BREAKING: Officials in #Jonesboro County, Georgia are seeking to move the city's sole polling site from a museum to the Jonesboro Police Dept.

This is clear #VoterSuppression. Along w/ our partners, we are resisting this move which would have a chilling effect on the Black vote. pic.twitter.com/auXCdloN7e

We need more stories like this right now. - (Scary Mommy)

BunchesOfBecky likes a classic murder mystery, and Lisa Jewell’s The Third Wife wasn’t that. Maya’s death seems like an accident, but her widowed husband, Adrian, has questions. "This book is more about Adrian and his faults than about Maya." How often do main characters make you want to punch them in the nuts? (Cannonball Read 11)