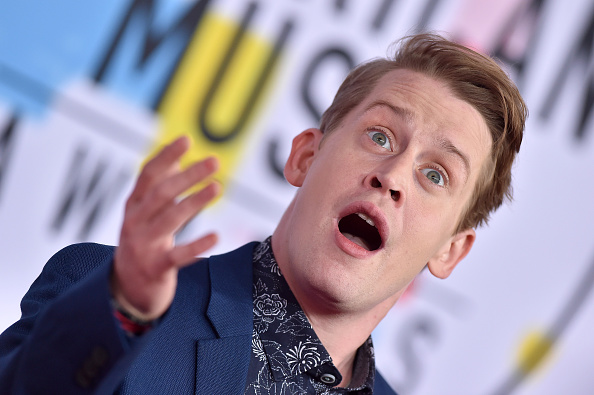 It wasn’t until I read that Cameron Diaz had basically retired from Hollywood that I realized, “Oh, yeah. I haven’t seen Cameron Diaz in anything for a long time.” Then I looked it up to see what her last movie was and was reminded again that she’s married to one of the brothers from Good Charlotte and is Nicole Richie’s sister-in-law. Tangent! - (Lainey)

“Be kind, for everyone you meet is fighting a hard battle.” The jackassy lawn-shamer who wrote to Randa Ragland’s family really should have kept this saying mind. - (The Root)

Children of celebrities have tantrums too (hey, they’re just like us!) and it’s so nice when people offer to help rather than take pictures and sell them to tabloids. - (Celebitchy)

Dakota Johnson’s (speaking of children of celebrities) missing tooth gap may come back? I don’t get it, but if you care enough about it, you can try to follow what she’s saying. - (Dlisted)

I thought that shark manicure from last week was beyond. This Lion King nail job is … well, it’s interesting! - (Allure)

If you’re into the neon makeup looks you see and are looking to buy some of those eyeshadows for yourself, don’t be surprised if they come with a disclaimer that they’re “not intended for the eye area.” What the huh? - (Refinery 29)

I’m not sure what event these Handmaid’s Tale actors are at, but I’m so disappointed in every single outfit! You have to wear the SAME costume all season long and these are the dresses (and Joseph Fiennes’ suit) you choose for your red carpet event? - (GFY)

Dr. Wilson summed it up: Old people are liars

What is the secret to living to be well over 100 years old? It seems that in the US the trick is to have been born just a few years before your state introduced properly documented birth certificates. https://t.co/J6hfcw55KX pic.twitter.com/T5kDQZIANx

Kristy let us know that Rocko’s Modern Life is returning with a new adventure that includes a prominent trans character. - (EW)

What films SHOULD have made the A.V. Club’s Best of 1999 list? Roxana weighs in with one of her favorite teen comedies. - (AVC)

The short animated film Hair Love (about a Black father trying to do his daughter’s hair) that funded on Kickstarter will get a wide-release with Angry Birds 2, which I don’t really have any interest in seeing, but I’m thrilled that audiences will get to see the Matthew A. Cherry short!- (TV)

Jodi shared this vile monstrosity in our Slack and if *I* had to see it, *you* have to see it too.

This is why we even have these food wars. pic.twitter.com/sWYcpX3ovK

I don’t know if you’ll be able to ever look at food again after that, but give it a try. Here’s what eating in First Class vs Economy looks like for 19 different airlines. - (Buzzfeed)

Earlier today, we learned that Disney+ would be rebooting, among other titles, Home Alone. Macaulay Culkin had a very appropriate response to that news.

This is what an updated Home Alone would actually look like. pic.twitter.com/sGj86933LA

Did you know you can be stylish and let people know you are sticking it to cancer, one book at a time? Cannonball Read is pleased to announce it has a new design for its fundraising merchandise, designed by Pajiban and Cannonballer, Lisa Bee (see more of her art here). The CBR Red Bubble store allows you to buy the design on any of 56 products. If you play CBR11 Book Bingo Reading Challenge, you could be entered to win a t-shirt, tote bag, or a water bottle with the spiffy new design. (Cannonball Read 11)

← 'The Handmaid's Tale' Season 3 Episode 12 Recap: 'Sacrifice' | Trump's Visits to El Paso and Dayton Were a 'Debacle,' According to His Own Aides →